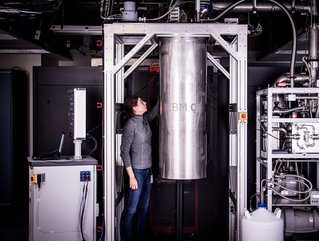 IBM has announced it has built and tested its two most powerful quantum processors yet, representing a major step towards its mission to commercialis...

IBM has announced it has built and tested its two most powerful quantum processors yet, representing a major step towards its mission to commercialise the technology.

Translating the theory of quantum computing into practical, commercially applicable reality has been a goal of researchers for decades, and IBM’s unveiling of new 16 and 17-qubit processors marks a key milestone on that journey.

The company hopes to achieve 50-qubit processing over the next few years, and in so doing open up vast computational power to science and business.

Potential applications include untangling the unimaginable complexity of molecular and chemical interactions – a feat impossible even with all the world’s current computing power combined – in order to discover new materials and medicines.

It could also be turned towards business, supercharging AI capabilities or solving complex optimisation problems in logistics and supply chains, financial modelling or risk analysis.

“These powerful upgrades to our quantum systems, delivered via the IBM Cloud, allow us to imagine new applications and new frontiers for discovery that are virtually unattainable using classical computers alone.”