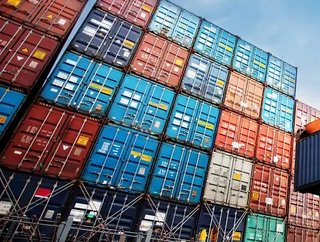 GSBN has announced the launch of its blockchain-enabled operating system, designed to modernise and improve global trade efficiency, in China

Today, the Hong Kong-incorporated consortium, Global Shipping Business Network (GSBN) has announced the official rollout of its first application Cargo Release. The launch will take place in China, following the consortium’s incorporation earlier in the year. As it stands, GSBN is the first independent, not-for-profit technology consortium to build a blockchain-enabled operating system, and its new platform is expected to redefine global trade.

The adoption of blockchain technology is part of China’s push to digitalise its industries, including logistics and supply chains, to ensure that the nation ─ dubbed ‘the manufacturing hub of the world’ ─ can continue to work as efficiently and effectively as possible, whilst meeting various ESG-compliance requirements, and delivering products and services at pace. The country’s Ministry of Transport is already rolling out its Chang Xing Programme to digitise the ports and shipping industry in collaboration with the carriers and members of GSBN

What is Cargo Release?

Cargo Release is a platform that harnesses blockchain technology and offers a paperless, transparent solution that connects each individual involved in logistics at the port of import, including agents, consignees, shipping lines, and terminals. By cutting out the paper element of processes, the system simplifies data exchange and lessens operation time among all parties involved through real-time updates, cutting the time it takes for cargo to be ready for release. It can quite literally cut the processing time from days to a matter of hours, according to GSBN.

The rollout is almost perfectly timed, given the disastrous year or so that supply chain organisations and freightliners have experienced in the looming shadow of COVID-19. Right now, demand for products is soaring and the pressure of supply chains is, subsequently, growing, at a point in time where they’re still attempting to recover from the mass, widespread disruption of the pandemic.

So far, Cargo Release has been deployed in the real world by several industry-leading shippers, including Cosco Shipping Lines, OOCL, and SIPG; Hapag-Lloyd are, reportedly, planning on participating in a pilot in Q3 of this year.

Bertrand Chen, CEO at GSBN, said: ‘Like the early days of cloud technology, the shipping industry is on the cusp of an exciting revolution where major efficiencies will be unlocked, and significant value will be created. This announcement is a milestone for global trade as this sector steps into the next digital era. The deployment of Cargo Release in China is of major significance as one of the most important markets for import and export in the world. This is just the beginning as we scale up and launch into new markets later in the year.’