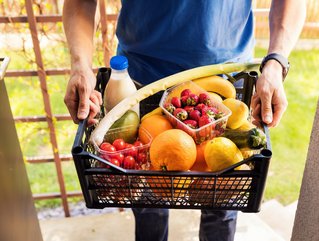 Grocery delivery company, Instacart, announced that it has raised $600mn during its latest funding round, led by D1 Capital Partners. &nbs...

Grocery delivery company, Instacart, announced that it has raised $600mn during its latest funding round, led by D1 Capital Partners.

The investment raises Instacart's valuation to $7.6bn, up 75% in six months.

Instacart said that it expects to use the new capital to further its expansion in the North America market, to boost awareness of Insacart at its retail partners’ stores and to recruit engineering and product development talent.

"The U.S. is nearly a $1 trillion grocery market, and last year we saw almost every major grocer in North America bring their delivery business online in a significant way,”  said Apoorva Mehta, CEO and founder of Instacart.

“We believe we're in the very early stages of a massive shift in the way people buy groceries and we expect that one in five Americans will be shopping for their groceries online in the next five years.

“We're excited to partner with D1 Capital on this investment, which is a testament to the growth we've seen and our ambitious plans for the future."

Its grocery delivery service is available to more than 70% of US households and more than 50% of Canadian households.

In doing so, the San Francisco-based company says it serves more than 15,000 different grocery stores across 4,000 cities.

In September, Instacart announced it would open a second research and development headquarters in Toronto.

Dan Sundheim, Founder of D1 Capital Partners, added: "Grocery is the largest category within U.S. retail and it is also one of the least penetrated online.

The industry is at a tipping point and there will likely be a significant acceleration in the adoption of online ordering for grocery delivery over the next few years.

We believe that traditional retailers will lead the category online, as their brick and mortar stores are the most effective distribution centres for the fulfilment of online grocery orders.

"Instacart's world-class management and engineering team has proven to be a highly effective partner for grocers to serve customers in new ways."