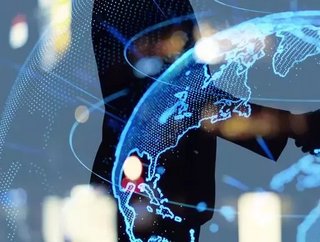 Government agencies urged to seize the opportunity of Trade 4.0 – the new digital thread transforming global trade as it crosses borders...

Government agencies are being urged to seize the opportunity of Trade 4.0 – the new digital thread transforming trade as it crosses international borders, in a new report by Deloitte.

“The opportunities offered by Trade 4.0 seem endless,” comment Deloitte who offer a framework that government agencies could follow as they adapt their role as facilitator, enforcer and negotiator to this digital trade world.

“Government should take steps to increase their prowess in Industry 4.0 technologies, hone its data analytics capabilities, forge public-private-partnerships (PPPs) to protect its citizens and trade partners and strengthen its human capital,” say Deloitte in the new report Seizing the Trade 4.0 opportunity.

“When the digitalisation of how we make, transport, or sell is applied to goods crossing international borders, Industry 4.0 becomes Trade 4.0,” points out Deloitte.

“These changes are causing the emergence of an ever-complicated trade ecosystem which comes with a slew of new trade-related challenges. Trade 4.0 will not wait for us and will continue to shift market dynamics and change form as it responds to the nebulous uncertainties of today.”

Industry 4.0 is the application of advanced digital technologies such as Artificial Intelligence (AI), drones and Internet of Things (IoT) which is revolutionising how the world makes, transports and sells goods.

The report says all facets of international trade - from processing of goods at ports of entry, to security of supply chains, to formulation of trade agreements – are all adapting to this new wave of digital transformation.

Deloitte outlines a framework for government agencies to help them navigate Trade 4.0.

“With the trade ecosystem becoming increasingly digitised, government agencies should adapt their roles across the three archetypes of facilitators, enforcers, and negotiators of Trade 4.0. This can help them keep pace with the evolving international trade milieu and make the most of the opportunities while minimising risks to their profits and populations.

While governments are still figuring out their roles as facilitators, enforcers, and negotiators there are examples of Trade 4.0 already at play.

“They are visible in the use of additive manufacturing, autonomous vehicles, and e-commerce in the making, transportation, and selling of goods respectively,” comment Deloitte who take an in-depth look at the capabilities of digitalisation across each of these products life cycles in relation to Trade 4.0 and the role of governments.

“Today, many are questioning the ability of the government to keep pace with Trade 4.0, specifically in matters of trade negotiation and implementation. Historically, the global community has put off the establishment of international norms and agreements related to digitalisation of trade,” says the report.

Despite Trade 4.0 not being addressed globally, the United States-Mexico-Canada Agreement (USMCA), fully ratified by all three countries in 2020, is the first major international trade agreement with a chapter on digital trade.

The most promising potential of Trade 4.0 lies in the new frontier, where maximum digitalisation meets efficient partnerships.

“While government agencies should strive to strategically invest, partner and hire talent, the private sector should employ its capabilities to understand how Trade 4.0 impacts consumer behaviour,” advises Deloitte.

“It will likely take this type of private-public coordination and collaboration to leverage Trade 4.0 for the collective good - a cleaner, safer, equitable modern economy. The risks are endless, but so are the possibilities for a world facing Trade 4.0 head-on and moving toward a more connected, coherent, clean, and capable global trade ecosystem,” concludes Deloitte.

For more information on procurement, supply chain and logistics topics - please take a look at the latest edition of Supply Chain Digital.