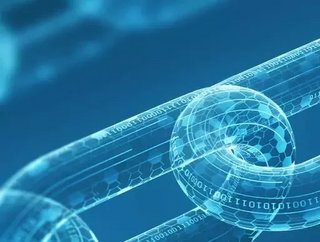 With ESG rising the ranks of priority for businesses, we examine the potential role of blockchain technology in compliance across global supply chains...

These days, mind-boggling technological feats seem to be an almost daily occurrence; in a mere twenty years, we’ve seen unprecedented levels of innovation and growth, moving from the era of data storage rooms and floppy disks to metaphysical cloud computing and global interconnectivity at the click of a button. For some, the development of tech has been terrifying, for others, wondrous. Along the way, we’ve seen ups-and-downs on a global scale, and we’ve watched new ideas rise before swiftly crashing and burning; there have been fads and gimmicks and unrealistic expectations as well as promises across the board.

In 2009, the world was introduced to yet another idea that fell into that latter category: Bitcoin. The first-ever cryptocurrency ─ which promised to challenge and even replace traditional currencies, resource-backed currencies. Bitcoin was laughed at and, for the most part, ignored by the mainstream. But get this… When the cryptocurrency opened on the markets, a person could purchase a single Bitcoin for as little as $0.0008, and just last week, the price surpassed $61,000 ─ you can do the maths, and I can tell you that this new alternative was far from a “fad.”

From Bitcoins success, hundreds of altcoins have arisen, and the blockchain technology ecosystem has been created off the back of its revolutionary cryptography. Blockchain technology is a complex method of storing information, and sharing is between different parties. In its rawest form, we can best describe it as a “distributed ledger” technology. This is an environment in which transactions of any kind are both immutable and publicly visible, leading to a much more transparent system that ensures accountability across, in the case of global trade, the entire value chain, courtesy of a peer-to-peer, decentralised network.

The Benefits of Blockchain

Originally the blockchain network was developed for cryptocurrency usage. But over the past decade, mainstream institutions and companies have realised the potential power that blockchain can enable within daily operations. Some key benefits are:

Accuracy: The blockchain system grows through mutual agreement; every time a new transaction ─ known as a ‘block’ ─ is recorded, a network of peers review its contents before allowing it to join the chain.

Collaboration: Given that blockchain technology is decentralised and transactions can be managed safely and securely without the assistance of an overarching authority, parties can confidently work together without the additional cost and delay of middle-men.

Consistency: Every user works together on the blockchain network through an identical ─ synchronised ─ edition of the ledger. It cannot be mistaken on different systems; everybody sees the identical ledger.

Punctuality: The blockchain features timely updates at set intervals. This means that the identical ledger held by each individual in a network will be updated near-instantaneously at set times. Nobody is left behind in a blockchain network.

Security: If you have one copy of a ledger which everybody in a network has access to, and a hacker gains access to it, havoc will quickly be wrought. For this very reason, the blockchain ledger is not stored in one location ─ it is duplicated across the entire network, ensuring that it cannot be corrupted or manipulated from a single location. In essence, it’d take an army of hackers to gain access.

Transparency: The blockchain ledger is immutable ─ unchangeable, in other words. The ledger gives every person in-network access to a detailed list of every record stored on the blockchain; there’s no way to manipulate or lie about any transaction, preventing fraudulent activity and foul-play whilst ensuring accountability for all parties involved.

Now, we all know the hot topic of the day: corporate social responsibility. It’s being called upon or called-out ─ depending on the scenario ─ in every country, right now, off the back of our damning impact on the globe. The overexploitation of humans, natural resources and raw materials has pushed the planet to a breaking point and, in the interest of balancing the scales, there’s a widespread drive to address the impact of business practices and create alternative methods to our mostly irresponsible, broadly neglectful ways. It is widely believed that blockchain technology could assist corporations in the pursuit of more socially responsible norms throughout their supply chain practices in several ways. Let’s take a look.

When it comes to business, there’s a lot of fraudulent activity out there. In fact, according to PwC’s Global Economic Crime and Fraud Survey 2020, from 5,000 respondents across 99 territories globally, there was a reported $42bn deficit across the previous 24 months at the hands of fraudsters. Money laundering is, of course, one of the many popular forms of fraud.

Currently, financial institutions do have processes in place to mitigate the risk of potentially fraudulent moves. The most popular is probably the ‘Know Your Customer’ process ─ which involves in-depth background checks on all parties involved in a transaction to assess the legitimacy of the upcoming trade. The problem is, these are, as you might expect, highly regulated and can take days or even weeks to complete.

Blockchain technology can alleviate this delay whilst ensuring all standards and regulations are met. Due to the immutable ledger held in blocks, there will already be an accurate, indisputable history ─ available in real-time ─ of a company’s activity on the chain, publicly available on the network, in advance. Companies could either turn away from the traditional financial institutions’ checks and do their own research on the blockchain, or the institutions could also join the network to hasten their services-offered.

Cybersecurity is one of the hottest topics of the day ─ the advancement of global digitalisation has given rise to greater volumes of malicious activity across the digital world. Investing in the protection of a company’s confidential data has become an absolute necessity; due to the nature of the blockchain’s duplication technique, companies can store data on the distributed ledger to entirely eradicate the vulnerabilities that come with centralised data storage.

So blockchain can prevent data theft or sabotage, and, as an aside, due to a network being distributed across a myriad of locations, it’s also borderline impossible for hackers to launch an attack on companies that use the system.

In this COVID-19-adapted world, the prospect of heading outdoors is a bittersweet one ─ the office, our usual places of work, and social areas are now classed as dangerous places, while the snug safety of our own sofas is heralded as a saviour’s seat. With that in mind, proxy voting is an excellent addition to the company arsenal, and, of course, blockchain technology makes it better than what we already have.

Shareholders currently send instructions for their proxy votes through a myriad of disconnected middle(wo)men; unless these people become connected on a centralised system away from the blockchain, it’s very difficult to ensure that all of an individual stakeholder’s instructions are shared at a meeting.

Following the example of Banco Santander’s 2018 AGM, facilitated by Fintech leader Broadridge Financial Solutions’ blockchain-powered proxy distribution service, in collaboration with J.P. Morgan and Northern Trust, it’s clear that a shareholder network can be created on the blockchain for each meeting, on which all relevant members can participate in crucial processes and votes, regardless of attendance and location.

According to Sergio Gámez, Global Head of Shareholders and Investor Relations at Santander, “The Annual General Meeting is one of the most important corporate governance events for any listed company. In the case of Santander, having very fragmented capital, it is very important to ensure the participation by investors and shareholders, and this year using blockchain technology for the institutional vote has been a great help in terms of transparency and agility across the vote lifecycle.”

Let’s jump onto the environment for a second. Did you know that electrons generated by fossil fuels and renewable sources are essentially identical? Ergo, unless you know what was put into the electricity grid to create power, there’s no 100%-tamper-proofed way of verifying that the electricity you’re using is ‘clean’. In a world where clean energy and environmentally-friendly habits are an absolute imperative, this is a problem, don’t you think?

According to David Sneyd, Vice President of Responsible Investment for BMO Global Asset Management, “To keep track of how much clean energy is produced, a system based on tradable certificates works by renewable-power plants logging their output in a spreadsheet, which is then sent to a registry provider, where the data gets entered into a separate system, and a certificate is created. A second set of intermediaries broker deals between buyers and sellers of these certificates and yet another party verifies the certificates after they are purchased. This whole process increases inefficiencies in the system and reduces the attractiveness of investing in green power.

“By comparison, blockchain technology offers the opportunity for smaller-scale energy producers to trade energy peer-to-peer with consumers in their local area, rather than submit their power into the grid. Such an initiative has been launched by the British energy company Centrica, within its local energy market program,” he added.

Finally, the key aspect of blockchain technology that interlinks all others and provides the foundation of the system’s capabilities is traceability across global supply chain networks. The majority of large companies feature sophisticated, interdependent networks of suppliers spanning many companies ─ usually the most economically-friendly ones. So before a product reaches its final destination ─ the consumer ─ it has passed through lots of people. Due to individual, fluctuating regulatory oversight, some of those people may work under safety, environmental, and labour standards that are considered lacklustre - or even illegal - in developed nations. The problem is that it’s almost impossible to ensure that every stage of the supply chain is completely synced up on what working conditions can be considered acceptable. On top of that, there are cross-border differences that are increasingly difficult to regulate as global political tensions rise.

Through the use of blockchain technology, “companies are able to record the journeys of their products more accurately and more cheaply,” says Sneyd. “With all suppliers invited into the network, every time a product changes hands within the supply chain, its precise location and time-stamp are documented by creating a new block, with the ledger creating a permanent history of every product from its manufacture through to its sale.

“Given the number of suppliers involved, a centralised process would be cumbersome and would need to involve intermediaries to liaise between parties. However, with a blockchain network, each party is synchronised in the information it receives, with each transaction validated by other users on the network. Having an accurate record of where a product has come from and who has been involved can be invaluable for responding to product recalls or understanding the exposure from issues being found with a specific supplier,” Sneyd adds.

So I suppose the answer is: Yes, blockchain technology could revolutionise ESG compliance across global supply chain networks. While it can’t solve every issue that the business world faces, it can certainly make inroads into ensuring that multinational corporations stay at the top of their game, make moves to eradicate exploitation, and establish fair, environmentally and socially responsible practices and norms.