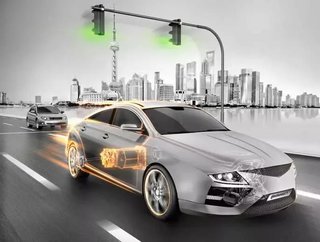 German automotive components giant Continental has announced a fundamental pivot in strategy for its powertrain division to prepare for a fully electric...

German automotive components giant Continental has announced a fundamental pivot in strategy for its powertrain division to prepare for a fully electric future.

In a statement this week, Europe’s second-largest parts-maker revealed it will gradually reduce investment in conventional drive systems over the next five years in favour of hybrid and fully electric technology.

Continental, perhaps best known for its tyre and rubber products, lists most of the world's major car manufacturers among its customers, including Volkswagon, Ford and Daimler, all of whom are ramping up their own investments in electrified drive systems.

“This is why we will reduce our expenses into these technologies step by step as well. We will consistently strengthen the growth of our business with electric drive systems”

But the company says it is attacking “the most fundamental transformation in the history of vehicle drivetrain technologies” with a balanced approach over the next decade, stressing that it also sees growing value in the development of increasingly efficient combustion technologies.

It’s a balancing act confronting automakers across the industry as they wrestle with the prospect of funding both combustion and electric technologies over the coming years. A drop of 2.7% in Continental stock after the statement made plain investor nervousness at the uncertainty ahead.

While the transition from combustion to electric is now widely considered inevitable, predicting when and how the tipping point will occur remains a thorny problem given wildly varying degrees of market readiness globally.

Herman Kagermann, Chairman of Germany’s National Platform for Electric Mobility, thinks falling battery costs and tougher regulation of combustion engines could combine to see the cost of owning an all-electric car drop below a conventional car as early as 2020.

Continental, for its part, is staking its strategy on a prediction that 40% of new cars will be hybrid or electric by 2025, and only after this point will we see a slow decline in the volumes of combustion motors.

Until then, says CEO Elmar Degenhart, its technology helping car makers satisfy ever-stiffer emissions rules will help Continental deliver continuous growth through what will be a “highly demanding transformation of the respective technologies”.

The company expects powertrain sales of around €8 billion during this fiscal year – a rise of 9% on last year - rising to €10 billion next year.