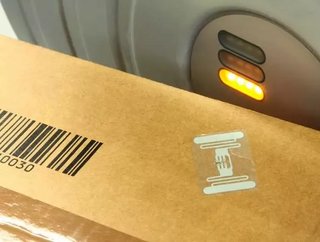 Amazon’s recent announcement of additional investments in Artificial Intelligence (AI) and drones in the UK should be a wake-up call for all retailers...

Amazon’s recent announcement of additional investments in Artificial Intelligence (AI) and drones in the UK should be a wake-up call for all retailers, from supermarkets to apparel stores.

UK retailers can learn a lot from how their US counterparts are responding to Amazon’s innovations and the unexpected technology at the heart of their response.

Amazon’s investment, paired with its physical store experiment, Go, shows that the technology company has the full package when it comes to offering a good customer experience and service, all accessed with the ultimate in convenience.

It’s no secret that consumers have been growing increasingly frustrated with a high street shopping experience that offers little of the convenience of online stores.

We surveyed both retailers and shoppers earlier this year and found that 40 percent of consumers see shopping in-store as a chore and a third would rather stay at home to wash the dishes (Capgemini: January 2017). While more than half (54 percent) of the retailers we surveyed admitted that they have been slow to digitise their physical stores.

Consumers’ in-store frustrations are rooted in the lack of parity between online and in-store features. For example, the majority of retailers do not offer inventory checks to consumers ahead of them visiting the store, however 75 percent of consumers told us that they want this service, indicating its potential to drive an uplift in sales.

In the US, department stores including Nordstrom, JC Penney, Sears and Macy’s are now are using their stores as fulfilment centres. No longer do customers have to wait-in all day for the courier. A lot of retailers are moving into offering collection options (either third party or in-store), with leaders in the industry also finding ways to fulfil click and collection orders in-store to save on logistics costs.

This minimising of costs is vital as delivery services are often given to consumers for free and in the tradition model erode retailers’ margins. Overall this makes shopping convenient and online and in-store more integrated, and cost-efficient for the brand.

There’s also a business benefit as retailers avoid having to invest in new, capital-intensive distribution centres. Nordstrom delayed its plans to open a West Coast fulfilment centre until 2020, citing high costs and return on investment apprehension. Instead, it is equipping stores to be ‘fulfilment-capable’.

The key to this model is enabling inventory visibility for each store so that online orders can be confirmed with confidence at an individual store level. This also enables them to integrate forecasting for online and in-store demand to drive much more accurate store replenishments. Retailers should also not under-estimate the power of the collection ‘experience’. A little investment can go a long way in delighting customers and enhancing reputation.

But aside from this, what is interesting to me is that industry conversations are dominated by cutting edge technologies such as AI, drones and augmented reality. It seems that many are looking to futurist technologies to solve the problem of engaging with the consumer.

Yet the technological key to unlocking the puzzle to improved inventory visibility was actually invented nearly a century ago.

Radio-frequency identification (RFID) has been in use since World War Two to track goods, make contactless payments, time sporting events and transport airport baggage. Seventeen years ago it was heralded as the next big thing in retail technology but failed to break-through, largely due to the implementation and ongoing costs.

At a basic level, RFID systems consist of three components: an RFID tag or smart label, an RFID reader, and an antenna. RFID tags contain an integrated circuit with its own unique identity, which it transmits to the RFID reader.

Some retailers have also put a network of RFID readers into the roof space of the sales floors allowing them to read all of the stock on display, providing hugely more accurate inventory visibility. Some retailers use this feature to detect product that is on the wrong display rack, helping to maintain better product availability for customers.

If RFID readers are connected to a payment system, then the store can use smart bags linked to unique customer accounts to enable queueless stores, which is something Amazon demonstrated with its Go store concept. Decathalon also uses this technology but in this case at the checkout. Everything passes through the gateway as packed into a bag with no scanning required.

A RFID tag that cost $1 in 2000 is now 10 cents. Macy’s has run trials with clothing vendor Herman Kay where the manufacturer put tags on every item it produced for the retailer. It now plans to use RFID to track every item across all of its stores and fulfilment centres by the end of 2018.

Wal-Mart also announced it was making it a requirement for its vendors to place RFID tags on all shipments to improve supply chain management. With RFID tags now costing a fraction of what they cost 15 years ago, we are seeing them increasingly being built into products (particularly apparel) at the manufacturing stage. The tags then improve tracking and accuracy right through the supply chain and into the store.

Retailers need to evolve to a true omni-channel offering (from multi-channel where many are still stuck) where the consumer can truly cross channels seamlessly. The role of the store is not dead but retailers need to do more to press the advantage of bricks and mortar over pure-plays such as Amazon, using technologies like RFID to drive inventory visibility, thereby improving the shopping experience.