Autonomous vehicles (AVs) a threat to jobs, US study shows 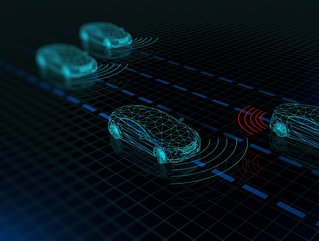 A recent government study published by the US Economics and Statistics Administration has revealed that as many as one in nine Americans could be aff...

A recent government study published by the US Economics and Statistics Administration has revealed that as many as one in nine Americans could be affected in some form by the emergence of Autonomous vehicles (AVs).

The report has revealed that millions of vehicle operators and drivers will be the most drastically affected, whilst others who drive as only part of their jobs will still be impacted, albeit to a lesser extent.

A 2015 employment survey found that 3,796,110 Americans were employed as drivers of heavy tractor trailers such as lorrys or HGVs, with 1,678,280 employed as light truck or delivery drivers.

In this sense, whilst the emergence of AVs will pose an attractive option for innovative businesses, the AI driven software could well prove a threat to the employment of many Americans.

“Our findings suggest that workers in some driving occupations might have difficulty finding alternative employment,” the report read, with many drivers not having enough transferable skills to guarantee them a job in alternative roles or industries.

“Workers in motor vehicle jobs are older, less educated, and for the most part have fewer transferrable skills than other workers,” it continued.

The study has been released at time when the likes of Tesla’s Elon Musk and Facebook’s Mark Zuckerberg have called for the idea of a country-wide universal basic income in the US, with the realisation that the growing emergence of robotics, AI and automation will continually displace American jobs in the future.