A sustainable shipping supply chain must have low emissions 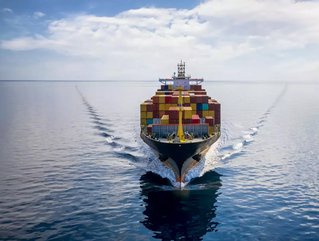 The shipping sector accounts for 80% of all trade, but also causes a lot of emissions. Creating a sustainable shipping supply chain is possible, here's how

There are 90,000 ocean-going cargo ships travelling the ocean around the world, weighing up to 2,300 tonnes each.

These ships bring retail items to their final destination, from computers to clothing, food to beverages.

In the globalised age, items from a factory across the world can be on the shelf of your local supermarket after a few months at sea. The shipping sector accounts for an estimated 80% of all trade, but this comes at a cost:

But that is starting to change. Here are some sustainable initiatives keeping the shipping supply chain green.

Biofuel can reduce emissions in the shipping industry

Oldendorff Carriers, a German shipowner, has announced a trial voyage using biofuel on the Edwine Oldendorff, from Australia to Vietnam. This is expected to create 15% less emissions compared to traditional fossil fuels.

“It is our role, as Australia’s leading grain exporter, to take the necessary steps to lower carbon emissions along our supply chain”, said Jason Craig, chief marketing and trading officer of CBH. “Biofuel is one low-carbon option that could be part of the solution to reducing emissions in the shipping industry.”

As recently reported in Supply Chain, a report from McKinsey (which included contributions from maritime bodies) suggested that much-needed sustainability changes could be made in freight shipping, through the introduction of green shipping lanes.

The report ‘The next wave: Green corridors’ was produced by The Getting to Zero Coalition, a partnership between the Global Maritime Forum, the Friends of Ocean action, and the World Economic Forum. McKinsey provided the analytical support.

“Green corridors could create secondary effects that reduce shipping emissions on other routes. For example, once the infrastructure to provide zero-emission fuel for one green corridor is in place, it can then be used for shipping on other, adjacent routes”, the report states.

Shipping brings trade - and acts as a peace keeper

Sustainable shipping is not all about the environment - but also the people sailing on the ships. There are an estimated 1,647,500 seafarers, who rely on shipping for their livelihoods as well as billions of customers who expect their goods to reach them promptly.

The Port of Shanghai in north-east China is the largest port in the country and the busiest port in the world. Located at the end of the Yangtze River Delta, the harbour handles 25% of China's international trade.

Just 800km south of Shanghai, is Taiwan. Some have claimed that due to Taiwan’s close proximity to Shanghai, China simply cannot afford to invade Taiwan, as this would interfere with shipping schedules and could result in ships lost or damaged, in addition to the potential devastating loss of life. Worst of all, buyers and customers would start to look elsewhere, which would threaten trade and damage China’s economy.

Overall, the shipping supply chain needs to become more sustainable and there are plenty of avenues to do this - Supply Chain will keep an eye on the horizon.