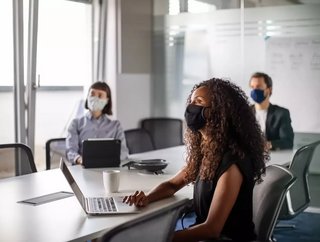 A lack of discoverability options and a dearth of data and insights have been identified as the biggest cause of delay for organisations working towards increasing supplier diversity.

A new survey, conducted jointly by Jaggaer and Tealbook, found 70% of organisations say supplier diversity is a priority - but most have yet to outline concrete plans or have only just started on their journey towards a more inclusive and equitable supply chain.

“Our work with customers around the world has revealed a growing awareness of the positive business benefits of diversifying the supply base to include more MWBEs, and this is borne out by the survey,” said Jaggaer CEO Jim Bureau. But there are several common obstacles to realising these ambitions.

Discoverability has long been an issue for advocates of supplier diversity. A third of respondents said they struggled to identify suppliers that are both owned or managed by women minority individuals while also meeting their stringent procurement criteria. A further 27% said that quality data and insights on supplier diversity is not yet there, while 17% find they are unable to verify supplier diversity claims. One in 10 said they simply ‘didn’t know where to start’.

Opinions and Objectives Split Between North America and Europe

The stark difference between the territories could suggest that protests against rising inequality and high profile social justice movements such as Black Lives Matter had placed greater internal pressure on North American organisations to commit and invest more fully to supplier diversity initiatives. More than two thirds (68%) of North American respondents agreed or strongly agreed with that notion, and 66% said repetitional impact was seen as one of the two biggest benefits to supplier diversity. In Europe, 55% said supplier innovation was the main benefit, though there was general agreement that greater diversity was good for internal culture and competition throughout the supply chain.

Stephany Lapierre, TealBook’s CEO, said: “Small and diverse businesses are the pipeline for innovation and have increasingly become a board-level ESG requirement. Until recently, the complexities of these requirements, along with the time-consuming and cumbersome disparate supplier updates, have made it incredibly challenging to capture and access these businesses.

“That’s now possible with the combined powers of TealBook and Jaggaer, which removes these barriers and integrates supplier diversity data within the sourcing process, reporting and tracking supplier diversity spend with ease and accuracy.”

For further insights, download a free copy of the full report.