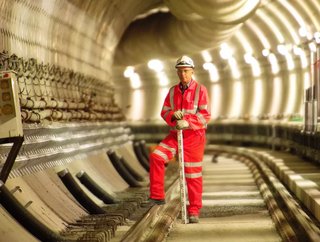 Its comments come in the run-up to the COP26 climate summit, being held in Glasgow, Scotland, from 31 October to 12 November.

Balfour Beatty says: “World leaders will gather for the 26th UN Climate Change Conference, where they will reiterate their commitment to tackling climate change.

“The predominant model in UK construction means that the supply chain is responsible for 80 per cent of the sector’s emissions and therefore holds the key to unlocking the massive carbon reduction needed. Understanding how prepared the supply chain is and where it needs more support is therefore imperative.”

With this in mind, the company is showcasing a number of net zero initiatives. These include:

On its website, Balfour Beatty says its COP26 activities represent over 12,000 of its supply chain partners.

On a far broader note, the company also recently surveyed around 40,000 UK construction and infrastructure industry suppliers, in a bid to understand the barriers, issues and opportunities faced by the sector.

The survey was a joint effort with the Supply Chain Sustainability School, Called Greening the Chain, its aim is to provide ready access to key recommendations for policy makers, customers and main contractors, to enable the industry to achieve net zero by 2050.

Among the paper’s key findings are:

More than in most countries, UK businesses are under pressure to make concrete net zero commitments. This is because in 2019, the UK became the first major world economy to pass net zero laws, declaring that by 2050, the country must not be adding to greenhouse gas emissions.

The aim of COP26 is to encourage similar net zero commitments from other countries, with a view to achieving the key goal of the so-called Paris Agreement: keeping the global temperature rise this century to below 2 degrees Celsius.

Of its COP26 activities, Balfour Beatty - which employs 26,000 people worldwide - added: “These outline how together the construction and infrastructure industry can move the dial and play a key role in tackling the climate change emergency. Sustainability has long been at the heart of everything we do.”