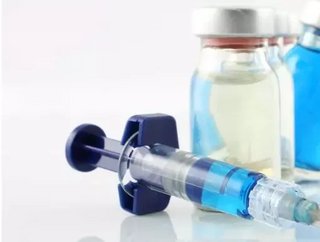 South Africa struggles to source COVID-19 vaccine as Moderna advises it has no supply for the continent...

Moderna Inc.’s decision to opt-out of supplying South Africa with its vaccine has left the country in a lurch as vaccine supplies run scarce. The distribution strategy, or lack thereof, for the vaccine, has long since been a concern.

According to Gavi.org, Northeastern's MOBS Lab’s research suggests that if wealthy countries stockpile COVID-19 vaccines, we will see nearly twice as many deaths than if vaccines were shared equally across the globe.

Although the modelling was based on an 80% efficacy rate and is in all reality, merely modelling and, therefore, lacking the complexities of real-world distribution, the point still holds; fair and equitable global access to the vaccine saves lives—many of them.

As our Senior Editor, Oliver, so meticulously pointed out, vaccine hogging by the rich and powerful have left developing nations to struggle in sourcing supply. “To put the problem into a percentage basis: the majority of developing countries find themselves in a position where they might be able to vaccinate 20 per cent of their populations in 2021, while wealthy countries can immunise their entire population multiple times.”

As Dr Donna Patterson, a scholar at Delaware State University who studies African health and pharmaceutical issues pointed out to the Globe and Mail, some companies, including Pfizer, have tested their vaccines in trials in South Africa. “Given the use of South African bodies for R&D of the drug, Pfizer should consider making a larger amount of the vaccine available to the wider South African citizenry.”

However, the government continues to fight to gain fairness in distribution as what has now been dubbed the “vaccine apartheid” leaves the South African government grappling for supply. Meanwhile, the country has now surpassed more than 1.1 million cases and nearly 30,000 deaths.

And indeed, according to Bloomberg, Pfizer Inc. and BioNTech SE have offered to supply Africa with 50 million Covid-19 vaccines for health workers between March and the end of this year. However, the presidency says costs are “prohibitive”, a Pfizer representative stated the company remained “firmly committed to equitable access for Covid-19 vaccine… We have allocated doses for supply to low- and lower-middle-income countries at a not-for-profit price, and we are actively working with governments all around the world.”

Moderna is a US-funded vaccine which is being distributed in the US and Canada, and AstraZeneca Plc has no availability for Africa for 2021. South Africa continues to work directly with producers, as well as attempting to secure supply through programs such as COVAX, “a global risk-sharing mechanism for pooled procurement and equitable distribution of eventual COVID-19 vaccines”. Although there are also potential sources from China and Russia, neither country has submitted the data required for regulatory approval.

Bloomberg states, “while at least 29 countries have already begun inoculating their populations, South Africa only expects to start getting shots for about 10% of its population in the second quarter.”

There is an argument to be made that South Africa acted too slowly, as the old saying goes, you snooze, you lose. The swift, more strategic movements of wealthier nations beat them to the punch. But I’m sad to say, government hypocrisy seems to be a rampant trend heading into 2021 as officials are caught travelling for vacations, and global leaders hoard vaccine supplies. Those who warned us of the impacts of overbuying essentials such as toilet paper, and asked us all to play fair, now seem unable to do the same. And the consequences are far more severe than a dirty bum.