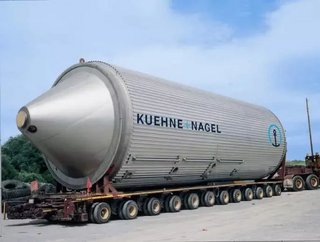 Kuehne + Nagel has expanded its rail transport service between Asia and Europe, offering shipments from northern China, Japan, South Korea and South-East Asian countries to locations in Europe for the first time ever.

Among the new points of origin is Changchun, an industrial metropolis in northern China, which will now be connected to Hamburg with weekly departures, which it says will be particularly attractive to customers from the automotive industry.

Also for the first time ever, Kuehne + Nagel is offering shipments between Japan and South Korea as well as destinations in Europe as a combined sea and rail service.

Another new departure is the extension of the KN Eurasia Express service to include South-East Asian countries that are connected via Kuehne + Nagel's existing overland transport network in the region.

Kuehne + Nagel is the first logistics provider to offer LCL (less than container load) rail shipments between China and Russia via the central terminal in Moscow (Vorsino). As a result, more than 50 collection points in China will be linked with more than 20 destination points in Russia.

Transit times to Moscow sum up to a maximum of 24 days, approximately half the time it takes for shipments by sea to arrive. Also, Kuehne + Nagel offers the first direct link between Xian in China and Kouvola in Finland. The transit time takes approximately 14 days.

“KN Eurasia Express is a success story,” Otto Schacht, member of the Management Board of Kuehne + Nagel International AG.

“Delivery times are much faster compared to seafreight, while costs are much lower than airfreight, making it an attractive product for our customers. Now we're expanding this service to include commercial centres in northern China, South Korea and South-East Asia.

“As the first logistics provider to offer consolidated LCL shipments between China and Russia, we're connecting two of the largest economies in the world.

“With all shipments via KN Eurasia Express, our customers benefit from fully transparent information about the status of their deliveries, thanks to our KN Login information platform.”