Japan and UAE to Collaborate on Hydrogen Supply Chain 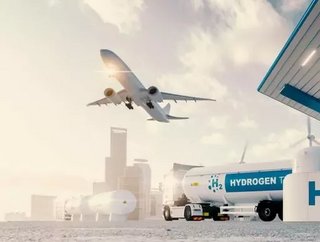 Japan and the United Arab Emirates agree to collaborate on technology to produce hydrogen and create an international supply chain for its transportatio...

On Thursday, Japan and the United Arab Emirates (UAE) announced that the countries would work together on technology that’ll allow wide-scale hydrogen production; the partnership will also look to develop a new international supply chain for the highly combustible diatomic gas.

The collaboration, marked by a memorandum of cooperation between the oil-producing UAE and energy-importer Japan, reflects the mounting enthusiasm for investment in hydrogen that seems to be sweeping the globe as we race to find more sustainable, environmentally-friendly alternatives to the fossil fuels that we rapidly burn through today. At the moment, hydrogen is being tipped as “the future” by many in the energy and sustainability industries.

Japan currently consumes approximately 2 million tonnes of hydrogen per year and is looking to increase the demand exponentially. As part of its green growth strategy, which will see the Eastern nation hit net-zero carbon emissions by 2050, the Japanese government set a goal back in December 2020 to boost its annual hydrogen demand to three million tonnes by 2030 and 20 million tonnes by 2050.

The overarching narrative of the recently announced agreement between the two nations is that Japan should be able to import hydrogen produced in the middle-eastern nation. The hydrogen will not be entirely environmentally friendly, as it will be created from the emissions captured and used in industry from fossil fuels. This isn’t a new concept, though. Hydrogen, primarily extracted from both natural gas and coal production, has been used for decades in applications ranging from rocket fuel to fertiliser creation.

This is a big step for Japan and a sound strategy to reach its own goals by 2050. While it’s an excellent way to make use of the emissions that come from environment-destroying fossil fuels, Japan mustn’t stop there. It’s just not enough. Governments can follow this trend for the time being, but it’s important that they continue to explore a shift to emissions-free green hydrogen produced not by fuels of old but by renewable power. We must also look to replace fossil fuel energy in industrial processes and transport.

That’s for another day, though. For now, we should just take our hats off to Japan and recognise their devotion to the fight against climate change.