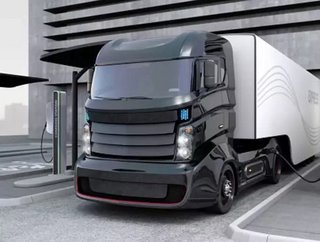 Going electric could save fleets in the UK approximately £14bn in total, according to newly published research. A study conducted by Hitachi Capital f...

Going electric could save fleets in the UK approximately £14bn in total, according to newly published research.

“Our research has found that, if every van and HGV was powered by electricity, approximately £14bn could be saved on fuel costs. This is a staggering sum that could then go into other crucial areas such as innovation, jobs, expansion or new kit – the options are many.

“If businesses take a long-term decision when it comes to investing in their fleet, it could save significant amounts of time and money. The same can be said for other areas of business, where finance is providing opportunities to invest in green, cost-saving technologies across the board.”

The report said that AFVs are “now a feature of British roads”. According to the Society of Motor Manufacturers and Traders (SMMT), 58,657 alternatively-fuelled cars were registered in the first six months of this year, which is 280% higher than four years ago.

But businesses want to see more support from the Government when it comes to green vehicle initiatives, with 73% saying that more needs to be done.

Currently, almost half of businesses say they won’t adopt biodiesel vehicles until there is better infrastructure to operate them and, for natural gas, 51% said the same.