Feature: Modern railways and the route to boosted growth in Eastern Africa 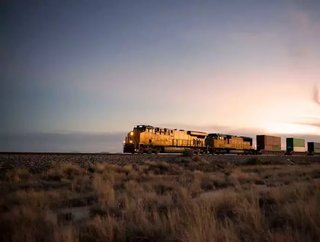 How the current wave of modern railway construction in Africa might impact business opportunities in the area by promoting smoother, faster and cheaper...

How the current wave of modern railway construction in Africa might impact business opportunities in the area by promoting smoother, faster and cheaper logistics.

Kenya, Ethiopia and Djibouti are set to cut down container transportation costs by as much as 50% and improve operations at the ports of Mombasa and Djibouti respectively, with the launch of freight cargo services on their newly completed standard gauge railway (SGR) lines.

Transportation of containers and general cargo from the two ports to the landlocked countries of Ethiopia, Uganda, Rwanda, South Sudan and parts of Democratic Republic of Congo is not only expected to be much faster, safer and more efficient, but also substantially contribute to reduction in carbon emissions from the thousands of trucks currently used in moving exports and imports.

In Kenya for example, the launch of the 472km SGR line linking the Port of Mombasa to the country’s capital Nairobi in June 2017 has proved a game changer for shippers and also other logistics stakeholders in Eastern Africa. This is because it now costs $500, an equivalent of 50% less to transport a 20ft container (TEU) from the port to Nairobi’s newly launched Nairobi Inland Container Depot (ICD).

The SGR line, which cost $3.8bn to construct in 42 months with 90% financing from China Export-Import Bank, has been allocated 40% of the entire Mombasa port and expanded the capacity to move containers and general cargo from the site, which is the biggest port in Eastern Africa. The port serves the landlocked countries of Uganda, Rwanda, Burundi and parts of eastern Democratic Republic of Congo.

With the launch of the SGR line, which has been built by China Road and Bridges Corporation as part of China’s ‘One belt, One Road’ initiative, the frequent congestion at the port of Mombasa is expected to ease as cargo and containers would now be cleared much faster.

“The commissioning of the freight train service anticipates a significant improvement in cargo off-take from the Port of Mombasa to the Nairobi Inland Container Depot,” says Catherine Mturi-Wairi, Managing Director of Kenya Ports Authority, which operates the Port of Mombasa. Equally, transfer of most bulk cargo to the SGR will markedly decongest the roads.”

The modernised $212mn Nairobi Inland Container Depot, which was opened for business on December 16, has an expanded annual capacity of 450,000 TEUs, up from the previous 180,000 TEUs.

“This growth was significantly supported by Uganda destined cargo which grew by 7.1% over the same period,” adds Mturi-Wairi.

Kenya’s President Uhuru Kenyatta, who opened the Nairobi ICD, says: “The high speed, high capacity and efficient SGR network will serve as an important link between the port of Mombasa and the Nairobi Inland Container Depot.

“The new SGR line will enable the evacuation of cargo directly from the port of Mombasa for clearance at the Nairobi Inland Container Depot.”

The freight train service is expected to reduce the cost of doing business in East Africa as it will bring down the charges for transporting a TEU or 20-tonne container.

The period of time taken to transport cargo between Mombasa and Nairobi has been reduced from 12 hours to four hours with accruing benefits expected to trickle to businesses in landlocked Uganda, Rwanda, Burundi and DRC when the line is finally extended to these countries.

Already construction is under way for the first stretch of the 375km ‘phase two’ line from Kenya’s capital Nairobi to Malaba, a town on the Kenya/Uganda border. This first stretch, also known as Phase 2A, will link Nairobi and Naivasha town that lies 120km to the northwest of the capital.

At Naivasha, Kenya is developing one of the most modern industrial zones next to Africa’s largest geothermal power generation complex of Olkaria. To woo more investors to the industrial zone, Kenya has announced subsidised electricity tariffs and the power connection will be direct to Olkaria to avert possible supply disruptions.

In addition, manufacturers of apparel will be allowed access to steam at Olkaria as an incentive.

More advantages from the launch of SGR freight service trains are expected for businesses in Ethiopia and Djibouti with the recent completion and operationalization of the 784km Addis Ababa-Djibouti Port electrified railway line.

Djibouti handles up to 90% of Ethiopia’s trade and the launch of the modern SGR, the first modern electrified railway line in Eastern Africa, is expected to increase the efficiency and cargo/container volumes to and from Ethiopia.

After Ethiopia achieved the notoriety of being the fastest-growing economy in Eastern Africa and Horn of Africa region, container volumes through Djibouti have increased from 176,453 in 2002 to 854,851 in 2014 according to Djibouti Ports and Free Zones Authority, the port’s operator.

In 2014, Ethiopia ordered 32 freight trains for the $4bn SGR line, for which construction commenced in 2013 and was completed in 2016 to ease movement of goods to and from the country to the Djibouti port.

This new electrified SGR line is likely to significantly reduce the current 1,500 trucks that move cargo/containers daily to and from Addis Ababa and Djibouti, thus saving on transport costs, reducing carbon emissions and shortening the period it takes to move goods on the corridor from three and half days to 10 hours.

Ethiopia Railways Corporation, the country’s railway operator, anticipates 6-7mn tonnes of cargo in the first year of the SGR operation. China Railway Group and China Civil Engineering Construction Corporation have won a six-year contract to operate the new railway line that will see freight trains move 3,500 tonnes to and from Addis Ababa.

Ethiopia, which is expected to achieve gross domestic product growth of 8.3% in 2017 compared to the global average growth of 2.7% for the same year, is constructing in phases the other SGR networks to connect to the neighboring countries of Kenya, South Sudan and Uganda, providing a link to the ports of Tadjoura in Djibouti, and Mombasa in Kenya.

Already the government of Ethiopia has awarded Turkish firm Yapi Merkezi, Chinese contractor China Communications Construction Company, and Overseas Infrastructure Alliance of India the contract for the construction of Awash, on the way between Addis Ababa and Djibouti, to Mekelle, a project that is expected online by the end of 2018.

Kenya, Ethiopia and Djibouti could soon turn into the region’s preferred business destination with the efficiency in the movement of exports and imports and the associated cheaper logistics costs which support the anticipated economic growth in each of these countries.