Fast Fashion and Fossil Fuels: The Impacts of Cheap Fashion 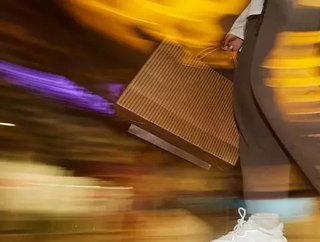 Fossil Fashion report reveals how fast fashion is snowballing into widespread pollution, a waste crisis, and the exploitation of workers...

The impacts of insatiable fast fashion, the revolving of trends with every season, are snowballing into widespread pollution, a waste crisis, and the exploitation of workers. And there are few signs of change.

Written and researched by the Changing Markets Foundation (CMF), ‘Fossil Fashion: The Hidden Reliance on Fossil Fuels’ outlines how the use of synthetic fibres such as polyester has doubled in textiles over the last 20 years and has become ‘dangerously dependant’ on synthetic fibres.

Changing Markets Foundation’s campaign manager, Urska Trunk, said: “The addiction of fashion brands to cheap polyester and other oil-derived fibres is coming at a time when the world is moving away from fossil fuels. But instead of moving away from synthetic fibres, which are causing an ecological disaster, brands want you to think they’ve got this under control and they can keep producing ever more clothes.

"Without prompt and radical legislative action and a considerable slowdown, fast fashion’s quest for cheap clothing will create untenable volumes of waste and toxic microfibres and emit more carbon than the planet can handle."

The report claims that while big brands may public claim good motives and concerns for sustainability, they’re effectively just greenwashing as the majority of claims apply to a tiny portion of total sales. It further warns, “and a considerable slowdown, fast fashion’s quest for cheap clothing will continue to generate untenable volumes of waste and emit more carbon than the planet can handle.”

Why is fast fashion the culprit?

The production of synthetic fibres relies on the extraction of fossil fuels, such as crude oil and gas. Further impacts include carbon emissions, oil spills, methane emissions, water and air pollution, and impacts on human health.

The report estimates that the use of synthetic fibres, caused mainly by cheap fast-fashion, will increase from 69 to 73 per cent market share within the next 10 years, 85% of which is expected to be polyester.

More notable numbers from the CMF:

As legislation through the European Green Deal looms, looking to drive more sustainable practices within the industry, the CMF outlines its recommendations for consideration and suggests governments worldwide should commit to developing ambitious legislation for the textile sector.