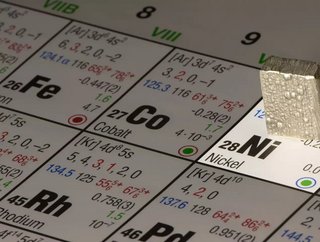 Leading global resources company BHP says it has proved Blockchain technology can ease concerns about sustainability and human-rights transgressions in the supply chain.

Australia-based mining and metals giant BHP has been piloting Blockchain as a way to maintain high ESG (Environmental, Social and Governance) standards across its supply chains. The company is one of the world’s largest producers of copper, nickel, iron and coal.

Blockchain is a technology that allows the transfer of transactions and data between parties involved in any given transaction. It works by linking digital records (or ‘blocks’) using cryptography, to create a ‘ledger’ that records transactions in a verifiable and permanent way. This makes processes faster, easier and more streamlined.

The technology is already being adopted by the mining industry to trace materials to the mine of origin, and make precious-metal investments more transparent.

BHP chief commercial officer Vandita Pant revealed the company recently ran a blockchain pilot in which it traced nickel shipments from its nickel operations in Western Australia to Tesla’s Gigafactory in Shanghai. Nickel is a key ingredient in the manufacture of car batteries.

Pant said the pilot supported Tesla’s “due diligence on product provenance”. She added that blockchain can “contribute to greater transparency” and that it can also help support “traceability and sustainability across the battery supply chain”.

BHP ran a similar trial with rubber sourced for use in truck tyres. A major concern around rubber is whether it has been ethically sourced.

Pant said BHP was keen to see if Blockchain could mitigate such risks, by helping the company trace rubber from its source through the supply chain. She revealed the trials - which have been running for the past two years - were successful.

BHP 'will use Blockchain on copper value chain'

“We’re now in talks to run similar trials with suppliers, focused on tracking products from manufacturing to fitment, before expanding further down the supply chain.”

The company also plans to use Blockchain tech to trace emissions from copper used in electric cables and wires.

Pant believes that as well as ensuring a more ethical supply chain, blockchain can mitigate against supply issues, as well as supporting decarbonisation initiatives by tracking greenhouse gas emissions..

“Customers increasingly care about where products come from,” she said. “To this end, traceability is a key enabler to lifting sustainability standards across the value chain.”