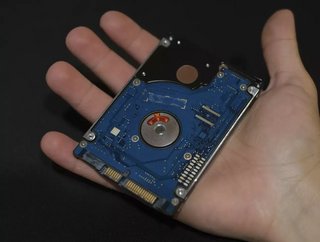 When a new eco-friendly cryptocurrency called Chia launched at the start of May, its executives claimed that the coin was the future of crypto. ‘Chia is what Bitcoin would look like’, said incoming board member David Frazee, ‘if it was designed with knowledge from the last 13 years’.

Chia, unlike Bitcoin, doesn’t require vast amounts of computing power to crack complicated algorithmic problems—a process called ‘proof-of-work’. Instead, it relies on ‘proof of time and space’, in which coin distribution is based on owning a large number of hard drives or empty space. Theoretically, Chia should be the more environmentally-friendly option.

But ambitious Chia farmers rushed to buy as many hard disc drives as possible. In mid-May—a mere two weeks ago—users had dedicated 3 million terabytes to farming Chia. Since then, that number has soared to over 12 million terabytes. Hard disc companies such as Seagate and Western Digital can’t ramp up their manufacturing operations quickly enough to meet demand.

As a result, Chia has sparked a global hard disc shortage and disrupted the short-term supply chain. What’s more—and perhaps what’s more worrying to environmental warriors—chips wear out quickly when farming Chia. Usually, an SSD lasts over a decade; when plotting Chia, it may burn out in under six weeks. And though it’s too early to calculate the exact energy requirements of the ‘green’ Bitcoin, not everyone is convinced that Chia is any less wasteful.

Indeed, some argue that Chia has replaced spending energy on computationally-intensive puzzles with spending energy on hardware. ‘This [cryptocurrency] results in mountains of electronic waste’, said Aron Peterson, a digital producer for the film industry. ‘Hard drives will fail faster and more often’.

The Best Alternative to Bitcoin

Yet Chia president Gene Hoffman calls the cryptocurrency the best alternative currently on the market. Even if Facebook, Google, and Amazon were shut down, he explained, and humans devoted all 7 zettabytes of the world’s estimated disc space to farming Chia, the currency would still consume less energy than Bitcoin.

Bitcoin, however, doesn’t set a high bar for sustainability. According to the Cambridge Bitcoin Electricity Consumption Index, the currency’s energy consumption surpasses that of entire countries, such as Sweden and Malaysia. As academics and environmental advocates have pointed out, such high computing costs don’t serve any of us in the long-term, much less align with ESG standards.

To ensure environmental, social, and governmental sustainability, experts agree that we should analyse whether the wasted resources are worth the payoff. Over the next few weeks, market-savvy manufacturers will likely ramp up hard disc production—but does that mean they should? In farming Chia, or any such cryptocurrency, ‘[t]here are trade-offs involved’, says Michel Rauchs at the University of Cambridge.

Still, Chia’s board claims the trade-offs are worth it. ‘Frankly’, Hoffman said, ‘a Tesla isn’t green compared to a bicycle’. He argues that Chia is still a vast improvement over Bitcoin, even if it has left a detritus of hard disc drives in its wake. Is it the future of crypto? That remains to be seen. Right now, Chia has proved itself no more green than its predecessors.