BCG in partnership with Climeworks to reach net zero by 2030 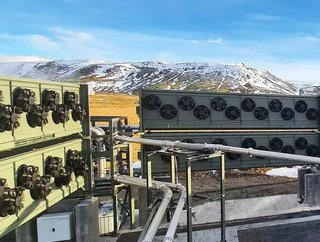 On the journey to net zero climate impact by 2030, BCG has signed a direct air capture partnership with Climeworks

Direct air capture and storage is needed to fight climate change and Switz company Climeworks has a solution.

Climeworks’ carbon dioxide removal through direct air capture technology is the only available solution that can reduce atmospheric concentration of CO2 in a scalable manner by capturing CO2 from the air today and storing it permanently underground.

Boston Consulting Group (BCG), one of the world’s leading management consulting firms, has signed a 10-year agreement with Climeworks. As part of BCG’s commitment to reach net-zero climate impact by 2030, the company will purchase Climeworks’ carbon dioxide removal service to capture carbon dioxide directly from the atmosphere and permanently store it underground.

In September 2020, BCG announced a commitment to achieve net zero climate impact by 2030 and, from there, to become climate positive, removing more carbon from the atmosphere than the company annually emits.

On top of the carbon removal purchasing agreement, BCG will provide consulting services to Climeworks with the objective of supporting the broader adoption and scaling of their services and thus help accelerate their scale-up.

“The carbon removal market’s ability to scale up fast relies on early action from pioneering companies”, said Christoph Gebald, co-CEO and co-founder of Climeworks. “After having brought the first carbon removal plant into operations earlier this year, we are proud to be partnering with BCG as the first direct air capture company and help them achieve their 2030 net zero ambition. Such partnerships also play a vital role in inspiring other businesses to support science-based and scalable solutions.”

Through this contract BCG is setting an example for the fast adoption of technological carbon removal. On top of this, BCG will provide consulting services to Climeworks, which will further support the scale-up of the market demand for high-quality carbon dioxide removal.

“This is a critical partnership for BCG in our quest to lead in the decarbonization space”, said Christoph Schweizer, CEO of BCG. “Not only will we use Climeworks services to help meet our own net zero goal by 2030, but we will also aim to make an even greater impact by acting as a consulting partner to Climeworks to help accelerate the broader adoption and scaling of their services worldwide."