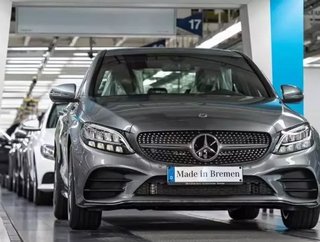 Car manufacturers, such as Daimler and Nissan, will soon have to change their supply chain strategies to avoid higher import tariffs. The news follows...

Car manufacturers, such as Daimler and Nissan, will soon have to change their supply chain strategies to avoid higher import tariffs.

The news follows the US and Canada forming their agreement on the revised North American Free Trade Agreement (NAFTA).

In order for a vehicle to be eligible for duty-free shipping, the agreement states that a high level of the manufacturing of the vehicle must be executed locally.

The Chief Executive Officer of the German automaker, Dieter Zetsche, informed the Financial Times that the current supply chain used by manufacturers at Mercedes Benz is “not fulfilling the future requirements”.

Carlos Ghosn, the Chairman of Nissan, revealed that the Japanese automaker will have to “fine-tune [its] supply chain”.

For Mercedes Benz, a manufacturer of SUVs and light trucks, the situation is more urgent as those vehicles are facing potential tariffs of 25% against 2.5% for passenger vehicles, Forbes reported.

“The threat of changing rules may have led Daimler to accelerate imports of both cars and parts to the US,” stated Chris Rogers, Director of the trade data researcher Panjiva.

Mercedes Benz relies on Germany imports to assemble its vehicles in the US, whilst the new labour-related laws will affect Nissan’s operations in Mexico.