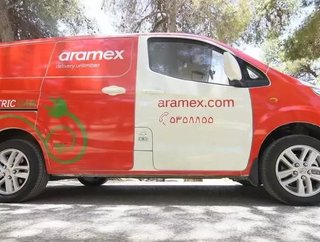 Aramex has announced the addition of a number of new electric vehicle to its Middle Eastern fleet. The firm, which claims to be a “disruptive leader...

Aramex has announced the addition of a number of new electric vehicle to its Middle Eastern fleet.

The firm, which claims to be a “disruptive leader in the global logistics and transportation industry” has added ten electric vehicles to its portfolio in Amman, Jordan

It comes as part of a longer-term strategic move by Aramex to convert the entire fleet to electric vehicles, in order to reduce operational CO2 emissions and mitigate climate change.

The successful pilot in Jordan will be followed by a rollout of more electric vehicles in the UAE, Egypt, and Lebanon over the next 12 months.

Raji Hattar, Chief Sustainability Officer at Aramex, said: “We pride ourselves on being a leader in sustainability across the region.

“Protecting the environment is an integral part of our Delivering Good platform, therefore, we are committed to reducing CO₂ emissions from our operations by an additional 20% by 2020, over the initial target of 20% of CO₂ reduction we achieved in 2016.

“Where regulations and infrastructure allow, we will be looking to introduce electric vehicles to all of the 72 markets in which we operate.”

The company currently has CSR projects and initiatives in 97% of its global operations and is driven to deliver better future to the communities in the markets where they operate.

Today’s announcement follows the successful construction of the company’s solar farm to generate 1.2 megawatt of power for Amman operations.

Aramex is currently transforming its Dubai warehouse facility to incorporate similar technology, albeit on a grander scale; once fully operational it will generate over 7MW of solar power.

The company is also aiming to introduce similar projects to all its facilities where the regulations permit in the coming years.