Amazon unveils three renewable energy projects in US and Spain 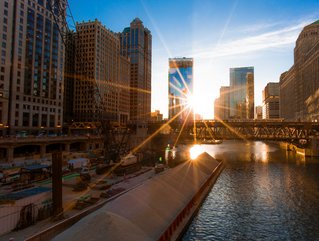 Tech giant Amazon, in aid of its pledge to use 80% renewable energy across its operations by 2024 and 100% by 2030, has unveiled plans for three new renewable energy projects to be based in the US and Spain.

The Spanish project, its first in the country, will be based southeast of Sevilla with a capacity of 149MW of solar energy.

In the US, the remaining two projects announced will be situated in Illinois and Northern Virginia, with a total capacity of 180MW expected to produce 400,000MWh of renewable energy each year. While the former project is Amazon’s first in Illinois, its Virginia project will in fact be its ninth in the state.

Amazon’s portfolio of renewable energy amounts to 1,900MW in worldwide capacity, with a combined annual output of around 5.3mn MWh.

“Earlier this year, we announced The Climate Pledge, setting a goal to meet the Paris Agreement 10 years early and be net zero carbon by 2040. We also plan to run on 80% renewable energy by 2024 and 100% renewable energy by 2030,” said Kara Hurst, Director of Sustainability at Amazon, in the firm’s press release. “We’re committed to investing in renewable energy as a critical step toward addressing our carbon footprint globally.”

J B Pritzker, Governor of Illinois, added: “As we work to put our state on a path to 100% clean and renewable energy, Illinois is proud to have Amazon invest in a major solar project in our state.

“Addressing climate change will take all of us working together, and leadership from state governments and the business community will demonstrate how we can sustainably power a modern economy and create good-paying jobs.”