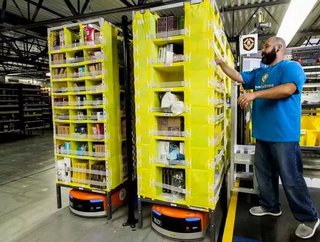 Amazon has announced plans for a new 855,000-square-foot fulfilment centre in Staten Island, New York, in a move that will create 2,250 new, full-time j...

Amazon has announced plans for a new 855,000-square-foot fulfilment centre in Staten Island, New York, in a move that will create 2,250 new, full-time jobs with opportunities for employees to engage with advanced robotics.

Amazon employees at the Staten Island fulfilment centre will work alongside robotics to pick, pack and ship customer items such as household essentials, books and toys.

“We are excited to bring our first fulfilment centre to New York and work alongside the state’s incredible workforce,” said Sanjay Shah, Amazon’s Vice President of Customer Fulfilment.

“The support of local leaders has been instrumental in our ability to come to New York, and we are grateful for the welcome we’ve received to bring thousands of new jobs with benefits starting on day one.”

The facility will feature innovative technology such as Amazon Robotics that will assist employees in fulfilling customer orders.

“We’ve been talking about the West Shore of Staten Island as our borough’s ‘Jobs Coast,’ and today that talk becomes reality in a big way. In fact, this project will be the biggest single job creator in our borough’s history,” said Staten Island Borough President James S. Oddo.

The Staten Island project is being developed by Matrix Development Group.

In related news, Amazon has unveiled its plans to build a second North American headquarters, with New York installed as one of the early favourites.

Many cities will be hoping to secure the construction grounds for the new headquarters due to the significant economic benefits that it will undoubtedly bring.

Amazon expects to invest over $5bn into the project, with the end product expected to see the employment of 50,000 workers.

With Amazon estimating its investments at $38bn in Seattle, the location of its current headquarters, from 2010 through 2016, the company can confidently predict that every dollar that it invests into its new headquarters, labelled ‘HQ2’, will generate a significant amount of income for the host city’s overall economy.

In its press release, Amazon specified that it is looking to locate its building in a metropolitan area with a population of over one million people, including a strong a stable business sector and a pool of creative and technical talent.

The early front-runners for the new Q are New York, Atlanta, Chicago, and San Francisco.