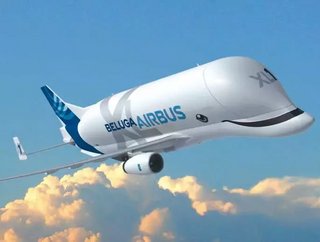 French aircraft manufacturer Airbus has unveiled a new livery for its next generation of Beluga outsize cargo and freight planes. The BelugaXL, which is...

French aircraft manufacturer Airbus has unveiled a new livery for its next generation of Beluga outsize cargo and freight planes. The BelugaXL, which is slated to enter into service in 2019, will sport a smiling whale design on the cockpit and front side fuselage.

Airbus asked its employees what the new A330 Family-based airlifter should look like when it rolls off the production line. “The six designs we proposed for consideration by employees respected our brand identity while running from the conventional to the unconventional, even adding a touch of fun,” explained Tim Orr, Airbus’ Head of Branding.

Gaining over 40 percent of the employees’ vote, the “Smiling BelugaXL” entry – complete with beluga eyes and a happy grin won the hearts of Airbus staff. The Beluga XL is already distinctive for its bulging upper forward fuselage and enormous cargo area (one of the most voluminous of any aircraft in existence).

“It is amazing how our BelugaXL airlifters foster such enthusiasm,” said Bertrand George, Head of the BelugaXL programme. “I’m extremely proud of working on such an important symbol of our company, and I’m sure my team feels the same about this exciting project. I’m already looking forward to seeing our first BelugaXL emerging from the paint shop and greeting the world with a big smile on its face.”

Airbus’ Beluga fleet is used to transport complete sections of the company’s aircraft between production sites across Europe and to the company’s final assembly lines in France, Germany and Spain.

Built as a replacement for the five current Beluga A300-600ST aircraft that entered service in 1996 (based on the A300-600 jetliner), the BelugaXL are derived from the larger and more powerful A330-200, which is six metres longer, one metre wider, and boasts a payload lifting capacity six tonnes greater than its predecessors.

As an example of its increased payload capabilities, a BelugaXL will be able to carry two wings for the new widebody A350 XWB instead of a single wing currently accommodated on the BelugaST.

Adding a happy face to the uniquely-shaped airframe will further reinforce it in the public’s mind and help further develop Airbus’ identity.