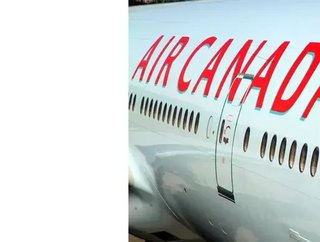 Air Canada announce a new executive appointment and operational pivot amongst the changes in their cargo division for logistic supremacy...

Air Canada has announced some changes in order to seize the opportunity of more air freight business in the pandemic era. Firstly, the company has made the appointment of Jason Berry as Vice President, Cargo effective from 1st January 2021. Berry will be based at Air Canada’s Montreal headquarters and will report directly to Lucie Guillemette, Executive Vice President and Chief Commercial Officer.

The North American airline has also provided an update on its cargo business and the next steps in its strategic plan, as the carrier continues an attempt to remain agile in what has been extremely challenging market conditions. The company is now finalising plans to convert several of its owned Boeing 767-300ER aircraft into freighters in order to fully participate in global cargo commercial opportunities. It has adapted rapidly to evolving market opportunities this year, having operated more than 3,500 all-cargo flights globally under the Air Canada livery to date.

Meanwhile, the carrier has successfully concluded collective agreement amendment with its pilots represented by the Air Canada Pilots Association (ACPA), for contractual changes to enable Air Canada to competitively operate dedicated cargo aircraft in the cargo marketplace, which has now been ratified by the Air Canada pilots.

Lucie Guillemette, CCO at Air Canada, said: "Air Canada and Air Canada Cargo have pivoted quickly to new and unique commercial opportunities in response to evolving market conditions over the past 11 months, and Air Canada was the first airline globally to transform aircraft and double freight capacity by removing seats to enable cargo transport in the passenger cabin. We now operate up to 100 international, all-cargo flights weekly, and with ACPA's recent ratification on cargo operating arrangements, we are planning the conversion of several owned Boeing 767-300ERs recently retired from passenger service to all-freighter aircraft, which will position Air Canada to continue growing its cargo business across the global supply chain."

"Jason's entrepreneurial approach combined with his solid air cargo background is well-suited to operationalise these commercial opportunities, and lead the strategic direction of our cargo business to optimise the growth of e-commerce while leveraging Air Canada's fleet and global reach," concluded Ms Guillemette.”

Berry comes to Air Canada from Alaska Airlines' wholly-owned subsidiary McGee Air Services, where he was President with oversight for all aspects of aviation services ground handling, aircraft grooming, airport mobility services, check-in and gate services. From 2012 until June 2019, he led Alaska Airlines' cargo business, with direct responsibility for all aspects of cargo operations and compliance, including revenue growth. Prior to joining Alaska Airlines, he held operational positions with increasing responsibility at other air cargo handlers and operators.

Air Canada is among the twenty largest airlines in the world and in 2019 served over 51 million customers.