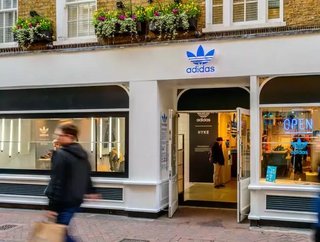 Adidas would go back to the drawing board and rethink its supply chain if its products become the target for US trade tariffs, according to its financia...

Adidas would go back to the drawing board and rethink its supply chain if its products become the target for US trade tariffs, according to its financial chief.

The admission came after reports last week that Donald Trump is preparing a raft of anti-China tariffs on Chinese imports to the US, which would affect have a marked affect on Adidas.

The company outsources production to more than 100 factories in China, with 68% of its production coming from Asian countries.

But in an interview with CFO Journal the sportwear giant’s Chief Financial Officer, Harm Ohlmeyer commented: “If it [tariffs] would ever happen, we would go back to the drawing board and start again.”

He added that all of the industry, not just Adidas, would be forced to make changes to the supply chain.

“If it is coming, it would come for the whole industry. We are not isolated,” he said.

The report said the company has designs on growing its share of the US sportswear market from 10% to 15%.

In the interview, Ohlmeyer revealed that Adidas wants to grow revenue generated by third party retailers and by stronger sales via its own online retail channels, saying that as customer trends change the importance for bricks and mortar is decreasing.

“The consumer is going digital; my kids grew up with an iPhone and expect every brand to be on there,” he said.