Into the unknown: managing risk to avoid disruption 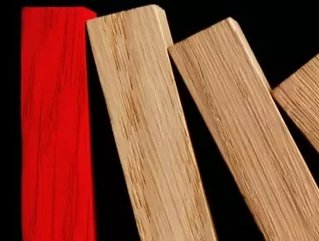 The pandemic, the Suez blockage, erupting volcanos - how can businesses protect themselves against such catastrophic ‘unknown’ risks?

On February 26, 2010, an Icelandic volcano erupted for the first time in 190 years, sending up a column of ash that choked the world and led to over 100,000 flight cancellations, at an estimated cost of £3 billion.

At the tail end of 2019, somewhere in a bustling wet-food market in Wuhan, China, a zoonotic virus made its way from bat to human. The result was a global pandemic that to date has cost the world economy $10 trillion, and claimed more than five million lives.

As if that wasn’t enough, on the morning of March 23, 2021, a gust of wind forced the giant container ship, Ever Given, aground in the Suez Canal, blocking the world’s busiest trade corridor for six days, and disrupting $40 billion of trade.

In the past few years in particular, businesses have been rocked by unforeseen supply chain disruptions, across industries ranging from pharmaceuticals and consumer goods to electronics and automotive.

Such events are classed as “unknown risks” to businesses, and too many supply chains remain vulnerable to their ill-effects. We need look no further than the Covid-19 pandemic to know this, with countless businesses unable to keep pace with soaring demand, and then being further compromised by widespread labour shortages and haulage headaches.

According to the British Continuity Institute’s 2020 Supply Chain Resilience report, the number of UK organisations that experienced ten or more disruptions in 2020 was 27.8 per cent, compared to 4.8 per cent in 2019. Of the companies surveyed 84 per cent said cross-border land transportation was the cause of logistics disruption.

A 2019 McKinsey report on managing supply chain risk noted that at the root of most supply chain crises is a common theme: a lack of robust processes to identify and successfully manage risk, both unknown and known. (An example of known risk is a supplier going bankrupt, because the chance of it happening can be gauged from financial records. Similarly, the risk of cyberattack is known, as it’s measurable through IT analysis.)

McKinsey says managing unknown risk is best achieved by building a “risk-aware culture.” In real terms, this means a business has “defensive layers” against unknown risks, and can respond quickly when such risks surface and threaten operations.

McKinsey believes a risk-aware culture is attainable through:

Former Governor of the Bank of England, Mervyn King - now Baron King of Lothbury - has some telling advice for businesses on the importance of empowering teams to voice doubt in order to mitigate risk. King certainly knows a thing or two about risk; he was Governor during the 2008 credit crunch.

In his co-authored book ‘Radical Uncertainty: Decision-making for an unknowable future’, he uses the presidential behaviour of John F Kennedy to show how important team empowerment is for avoiding bad outcomes.

In 1961, Kennedy oversaw the disastrous Bay of Pigs invasion of Cuba. With hindsight, says King, Kennedy realised he had presided over meetings in which officials were afraid to voice doubt. They clustered around Kennedy’s preferred option: invasion. King points out that when the potentially world-threatening Cuban missile crisis erupted a year later, Kennedy handled it differently. He actively sought criticism, and the result was compromise: the Soviets pulled their missiles out of Cuba in exchange for the Americans promising to take theirs out of Turkey. Catastrophe was averted.

As well as empowerment, McKinsey suggests businesses need to make use of digital tools to manage all manner of risk in their supply chain.

Used properly, digital tools give supply chains agility, so that when disaster strikes disruption is kept to a minimum.

One example is Ivanti’s Neurons solution. This is software that piggybacks off a company’s IT infrastructure to provide real-time intelligence designed to boost efficiency and thwart risk.

Marcus Jeffery, Ivanti’s UK and Ireland supply chain manager, says the pandemic has increased demand for its product, because businesses have never been more aware of the importance of agility in the supply chain.

“Everyone thought the pandemic would slow things down,” says Jeffery, “but supply chains have had to grow because no one could go anywhere to get anything.

“Our solution has real appeal because it can scale without an issue. Businesses just add more devices to the back end.”

Devices such as ruggedised handsets used by thousands of couriers on the doorsteps, or by hundreds of pickers in a single warehouse or depot.

But what if 1,000 pickers’ devices in a warehouse were suddenly dogged by problems, say from a faulty component? Wouldn’t that bring the warehouse to a halt?

“No,” says Jeffery, “because our software can be deployed on a user's Android phone. Battery life wouldn’t be as good but the user experience would be the same.”

Jeffery knows better than most just how important supply chain agility is, particularly in warehouse and depot settings.

Back in 2005, when he was head of IT at Gist - a supply chain transformation service - the company’s Hemel Hempstead depot was rocked by the largest explosion in the UK since the Second World War, when the nearby Buncefield fuel depot went up.

Jeffery says: “The roof of the depot was lifted up by about six inches and people were pinned against the wall by the force of the blast.”

In a single moment, a facility that serviced most of the Marks & Spencer and Starbucks outlets within the M25 was out of action. Yet in a single day Gist managed to push all that volume out to its Thatcham and Faversham depots.

“Plans were in place,” says Jeffery. They have to be when you’re situated next to a fuel depot.”

The comment sums up unknown risk nicely. Yes, it may be unknown, but it is not unknowable.