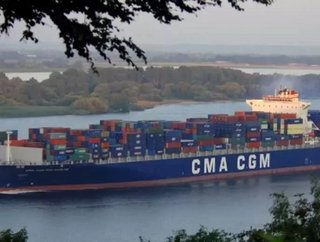 Before you read this, check out the upper-right hand corner of this page to view this article in our digital reader. Trust us, it&#39;s way cooler! 5...

American President Lines, or APL for short, services more than 140 countries worldwide and employs close to 20,000 people, making it one of the biggest container shipping companies in the world. APL has offices in nearly 100 countries worldwide, and reaches almost every inch of the globe. Originally founded immediately following the Mexican-American War in 1848 as the Pacific Mail Steamship Company, the company has a rich history that includes shipping gold to the East Coast during the Civil War to support the Northern Cause. APL was taken over by the Dollar Shipping Company shortly after World War I, and was taken over by the U.S. government in 1938. The company also has a ship that survived World War II on display in Los Angeles, the S.S. Lane Victory, a ship that is deemed a U.S. National Historic Landmark.

Based in Taiwan, Evergreen Marine’s shipping operations mainly focus on the east coast of Asia and the west coast o North America. With a fleet of over 150 container ships, Evergreen Marine is well prepared for continued growth among Asia’s emerging powers. The company also has major operations in Panama and in Italy, where Evergreen has major transshipment hubs. Evergreen was founded by billionaire Dr. Yung-Fa Chang in 1968, and services opened with just a single cargo vessel, which operated a ‘go-anywhere’ service. Evergreen added on vessel after vessel to emerge as a shipping superpower, and closed the 20th Century with over 100 vessels. Banking on a global economic recovery, Evergreen has embarked on an ambitious growth plan around the building of 100 additional ships in anticipation of a global economic recovery by 2012.

As the third-largest container shipping company in the world, French-based CMA CGM has 200 shipping routes between 400 ports in 140 different countries worldwide. With 17,000 employees and annual revenue topping €15 billion in 2010, by sheer mass CMA CGM is one of the world’s largest. The company was originally founded as a state-run entity in 1855 as part of Messageries Maritimes. Compagnie Generale Martime (CGM) was formed out of the company, and merged with Jacques Saade’s CMA in 1996 to form shipping giant CMA CGM. Saade, a close personal friend of former French President Jacques Chirac, has seen his container shipping company become one of the most influential ocean freight business in the world today. Even after completing a deal in 2006 to acquire French shipping rival Delmas for €600 million, CMA CGM has ordered 58 new vessels to be delivered over the next four years.

The Mediterranean Shipping Company (MSC for short) is the world’s second largest shipping line in terms of container vessel capacity, and operates in all major ports in the world. The Swiss-based container shipping firm has nearly 450 vessels that have a combined capacity of 1,925,000 Twenty-foot equivalent units. The company has a relatively brief history, having been founded in 1970. MSC began operations as a shipping line linking the Mediterranean and Somalia, and subsequently expanded through the purchase of second-hand cargo ships. By 1977, MSC was operating services throughout the Indian Ocean, and the company had expanded to North America and Australia 10 years later. Today, MSC’s container shipping hub is located in Cyprus, and serves 270 ports on each of the six inhabited continents with a full-time staff of 29,000 people. The company also has two of the largest container ships in the world in the MSC Emanuela and sister ship MSC Beatrice.

The A.P. Moller – Maersk Group reported revenue of DKK 315 billion (US $60B) last year, and the company’s container shipping subsidiary, the Maersk Line, was responsible for about half of that. With 22,000 employees stationed around the globe, Maersk’s container shipping company holds some sort of influence on every major port in the world. The Maersk Line operates over 550 vessels and has a capacity of 2.2 million Twenty-foot Equivalent Units (TEU). Since 2006, the company has also boasted the largest container ship in the world in the E-class vessel Emma Maersk. Seven other sister ships have been built, and earlier this year, Maersk ordered 10 even larger container ships from Daewoo, each with capacity to hold 18,000 containers. Maersk Lines’ growth plan is so ambitious that its current backlog for new ships tops the existing fleet of the Evergreen Line, the fourth-largest container shipper in the world.