Tanzania partners up with China in a new $154 million deal 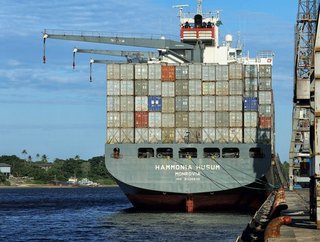 China has placed significant investment within Africa as part of its growing relationship, alongside China’s increased status within the construction industry and Dar es Salaam’s growing prosperity within Africa, with a number of cultural and entertainment facilities for tourists amidst a number of growing business opportunities.

Funded by the World Bank, the project will support the region’s ambition to become an increased trading hub and provide increase collaboration with suppliers and companies worldwide.

“Deepening and strengthening of the berths will allow big container ships to dock in Dar es Salaam,” said Makame Mbarawa, Works, Transport and Communications Minister at the signing of the contract. “All these efforts are being done in order to increase competitiveness of the port.”

The contract incorporates the excavation and bolstering of seven berths at the port, enabling it to increase the current container output to 28 million tonnes per year.

With the aim to complete the project by 2020, China has pledged to invest approximately $60 billion into Africa’s infrastructure systems, with the aim to strengthen and bolster rail and road systems to ensure a positive boost to the local economy in areas such as oil and gas, providing benefits to neighbouring countries.

To support Tanzania further Uganda is also aiming to work in collaboration with the region to incorporate electric railway lines within their standard gauge railway transport network.