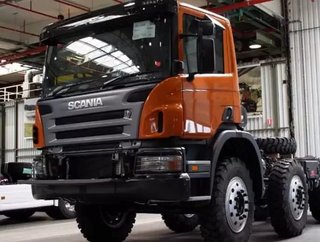 Follow @SamJermy and @SupplyChainD on Twitter.Truck manufacturer Scania and Westerman Logistics have announced that they will build a logistics centre i...

Truck manufacturer Scania and Westerman Logistics have announced that they will build a logistics centre in Hasselt, in the Netherlands which will be operational in summer 2015.

The centre will specialise in ‘knocked down packages’, which are packages containing the parts that make up Scania trucks, which will be exported in containers and assembled in the country of export.

From next year, these truck components will be put into a container at the 20,000 square metre Hasselt logistics centre, the container will be transported over land to Rotterdam and then exported.

Hasselt is very close to Scania’s Zwolle factory where 50 percent of Europe’s Scania trucks came from last year. Currently 140 Scania trucks are produced per day in the factory in the Dutch town of Zwolle and more than half of all trucks sold by Scania in the EU came from Zwolle last year.

Alongside the centre, Dutch company Salverda is building an 11,000 square metre industrial premises for Westerman Logistics.