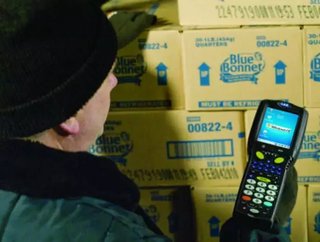 Follow @JosephWilkesWDM Powerful hand-held devices have become commonplace and manufacturers of mobile computers for industry are having to adapt to ch...

Powerful hand-held devices have become commonplace and manufacturers of mobile computers for industry are having to adapt to changing client expectations.

But focusing on this ignores the impressive advancements made each year by companies whose focus is on mobile computer devices tough enough to go along for the ride with some of the world’s leading distribution providers.

Many logistics, storage and distribution companies are on their fifth and even sixth generation of rugged, hand-held mobile computers, using them to scan barcodes, instantly store and retrieve information, communicate with headquarters when out on the road, store client signatures using touch screen pen technology and many now even have inbuilt satellite navigation  systems.

But now companies such as Honeywell, a leading manufacturer of high-performance image and laser-based data collection hardware, including rugged mobile computers and bar code scanners, is seeing smartphone culture have an influence on an industry that has always been at the forefront of innovation in mobile devices.

Eric de Greef, (pictured, above, right) Product Marketing Manager at Honeywell Scanning and Mobility, said: “The younger generation is so used to using smartphones and we are clearly seeing a trend towards a device without a keypad, something which is pocketable, no longer 500 grams, but below 200 grams.

“Some companies want something they can put in their pockets with more capacity in radio transmission, maybe also the ability to make a movie or colour pictures that can be sent back to base.

“Let’s say the smartphone is entering into our world, into our traditional automatic identification and data capture world.”

Already at the top

Hand-held devices themselves are however, miniature technological marvels to rival anything from the likes of Samsung or Apple.

When Honeywell recently partnered with world-leading parcel delivery service provider DPD, it was able to provide the company’s 12,000 delivery drivers with a device tailor-made for their needs, designed with input from transportation and logistics companies.

The Dolphin 99EX (pictured, below, right) from Honeywell is a computer that contains such things as imaging software, real-time voice and data communication and motion and light and proximity sensors that optimize screen and lighting for its current environment. But these state-of-the-art applications pale in comparison when you look at how much it’s most fundamental prerequisite function for the job has evolved.

The Dolphin 99EX can survive being dropped from a height of six foot (1.8 metres) onto concrete and has been proven in “tumble tests” to be fully operational after a total of 2,000 one metre drops. It was designed to withstand being dropped from someone’s hand or from a driver’s pocket numerous times.

De Greef added: “From our experience the most rugged and aggressive environments for computers are luggage handling and parcel delivery, using the device outside in the colder and wet conditions but also where the device is dropped.

“Some users are convinced that the smartphones they use in their private life are more powerful and offer more functions than what they get from their employer to use. But most of the companies are pretty reluctant to deploy a smartphone as the mobile device of the company; there are applications but they are still limited.”

More than keeping up

Honeywell and other companies are combining the pre-established industry-specific pedigree of their products with an acceptance of changing user expectations influenced by advances in the personal mobile device sector.

Soon the rugged mobile computers, already at the forefront of mobile technology with such features as laser scanners worn on the end of your fingers, will have adapted to offer multiple applications similar to smartphones.

De Greef said: “There is RFID coming (radio frequency identification - the wireless non-contact use of radio-frequency electromagnetic fields to transfer data, to automatically identify and track tags attached to objects) very soon, there will be near field communication (devices establishing radio communication by being in close proximity) as well.

“Soon there will be five or six radios in the devices, with Bluetooth to connect to and some already have a mobile printer for ticket printing. There is traditional WAYLAN Wi-Fi for when they are working in the warehouse, phone calls and data transmission capabilities, GPS.

“But of course there will always be customers wanting a bigger device, with a big screen, bigger keypad, with a pistol grip for warehousing. Traditional rugged devices will never disappear but we also see that the more smartphone-like devices are coming into our space.”