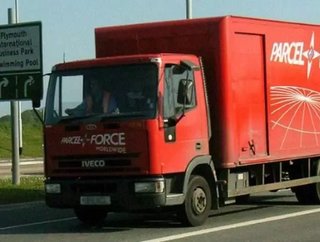 The new investment plan hopes to utilise an increase in online retailing, part of the Royal Mail Group’s strategy to grow its express parcels business in the UK and Overseas.

The UK express parcels market is currently worth £5.8 billion a year, accounting for 48 percent (£4.2 billion) of Royal Mail’s total revenues in the last reported financial year, excluding Post Office Ltd. The last financial year saw a 20 percent growth in online shopping, which is expected to represent 12.4 percent of GDP in 2016 .

The new investment will see the creation of 1,000 new jobs over the next four years, in addition to expanding it’s warehousing space with the opening of a new parcel processing centre in Chorley next year. In addition, nine existing depots will be expanded or moved to larger sites, with two new depots being added in Cornwall and Hampshire.

Royal Mail Group’s Chief Executive Moya Greene said: “Our £75 million investment is part of Royal Mail Group’s strategy to grow its parcels businesses in the UK and overseas. Our strategy is to convert the rise in parcel volumes in to profitable growth. That means becoming a much more customer-focused company being run on commercial lines and investing in new, vital technology.”