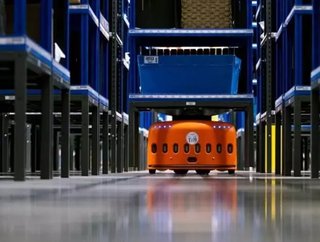 Failure can sometimes be a prelude to future success. Thats really the Kiva Systems story in a nutshell. Kiva founder and current CEO Mick Mountz worke...

Failure can sometimes be a prelude to future success. That’s really the Kiva Systems story in a nutshell.

Kiva founder and current CEO Mick Mountz worked in a mid-level management position at Webvan, which had the unfortunate honor of being named CNET’s largest dot-come flop ever, with hundreds of millions of capital expenditure going to waste.

Mountz took the failures of Webvan as a learning opportunity, however, dwelling on the failures of the past to bring about a future success, which came to fruition in 2003 when Kiva Systems launched.

“After the Webvan experiment ended, Mick thought about new ways to pick and pack, and his big idea was to call out everything he needed and have it come to him,” Kiva Systems Marketing Director Peter Blair explained.

“That led to mobile robot technology, and Kiva Systems, and our robotic and laser warehouse technology has made the entire process efficient and cost effective.”

Kiva currently makes two models of warehouse picking and transporting robot, the DU1000 and the DU 3000. Conveniently, the numbers refer to the weight limit for each type of bot.

While the idea of lasers and robotic warehouse seem overbearingly complicated, the installation of a Kiva System into a warehouse management system is surprisingly painless, according to Blair.

“All you really need is some open floor space, networking capabilities and electricity,” he said. “Once you clear the floor space, we sticker the floor with 2D barcode navigation stickers. All that’s left after that is a wireless network infrastructure, and a software system that runs on a server.”

The technology behind the robots, while complex, is designed to be user-friendly. The relationship between warehouse managers and robots is almost like that of a parent and a son or daughter that’s moved out of the house: you still have to manage the relationship, but almost all of the day-to-day processes have been removed from the equation.

“The software is monitoring all of the functions of the robots, so management is kept at a minimum. The robots actually decide when to go and charge themselves,” Blair says.

While the convenience of the robots and charging stations is one of the first things that often meets the eye of warehouse managers looking to make a switch to Kiva, an important component of the entire process is the shelving units.

Kiva Warehouse systems generally have hundreds (and sometimes even thousands) of shelves which the robots pick product directly from. The shelves are able to act as inventory storage mechanisms for some warehouse designs, further streamlining the warehouse process.

“Our customers have different philosophies on what they want to keep in their Kiva setup,” Blair explained. “Some want to keep everything they have in inventory on the shelves, so they’ve created a more mobile-shelf heavy design. Others look at it more like a traditional pick-zone, and only keep a five day supply of items in Kiva, with everything else in overstock.

“The scale of a system is really based around the scale of the picking, packing and shipping operations. We work with the customers to scope a system based on their actual operation.”

That flexible design has been one of the key drivers behind Kiva’s growth in the warehousing industry. The company has grown coast-to-coast with the United States, working with companies with immense logistics operations like Toys R Us and Crate and Barrel.

Currently, Kiva is working on expanding its global presence, and has several exciting prospects on the horizon. In the UK, the company has a warehouse operation that recently went live for The Gap, while Kiva is growing its European operations further in the Netherlands, where Timberland and Boston Scientific sites are coming online.

With some of the most exciting technology in the warehousing industry, growth throughout Europe and the world seems inevitable for Kiva Systems.