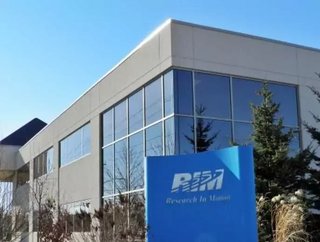 If you want to study up on poor inventory optimization, look no further than Research In Motion. The Canadian telecommunications company known mostly f...

If you want to study up on poor inventory optimization, look no further than Research In Motion.

The Canadian telecommunications company known mostly for its BlackBerry mobile phones has seen its inventory more than double in just two quarters, with supply values $600 million in late February to nearly $1.4 billion in late August.

A series of disappointing sales figures indicate that RIM is having trouble selling its products. Much of the valued inventory is the raw materials required to make BlackBerrys and PlayBooks.

A startling trend, however, is the number of finished products that have gone unsold. The value of those items has tripled in that time, from $94 million to $298 million.

Speculation is that much of the unsold finished inventory is PlayBooks. The recent announcement of a price cut on the first-generation tablet to $199 seems to further back up those claims.

The PlayBook’s struggles have been well-documented, but consider this: HIS iSuppli estimates the tablet’s components cost $205 alone. That would indicate that RIM is taking a hit on each PlayBook sold, and that’s before factoring in costs associated with logistics.

SAP, Oracle and Accenture weight in on Inventory Reduction

An interesting twist in the RIM struggle has been a change in accounting policy. Traditionally, the company had listed sales and profits once a product was sold to retailers and wireless carriers, not when said products were ultimately sold to the end user.

RIM has reportedly changed its accounting policy to allow for retailers and carriers to return unsold products, which has contributed to the company’s stocked warehouses.

Inventory management can be a tricky business to navigate, especially in a volatile economy. A few years ago, overstocked RIM warehouses wouldn’t be a problem with soaring SmartPhone demand.

With manufacturers like Apple and Samsung quickly taking control of the field, however, RIM’s inventory stockpile is a huge concern for the company moving forward.