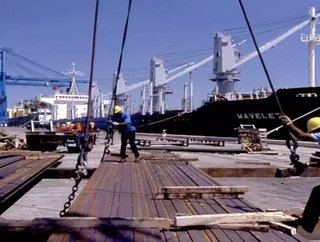 The oldest cold-storage company in North America, New Orleans Cold Storage, opened a 142,000 square-foot warehouse in the Port of New Orleans, Louisiana, Thursday. Affected like many New Orleans businesses by Hurricane Katrina, NOCS President and CEO Mark Blanchard says the expansion is a sign of new growth after a long road of recovery.

"The storm and subsequent closing of the Mississippi River-Gulf Outlet made it uncertain whether we could keep operations in New Orleans open," Blanchard said. More than 30 million pounds of chicken rotted in the New Orleans Jourdan Road warehouse during Katrina. Blanchard references the State of Louisiana and The Port of New Orleans as a giant help in the expansion of the new terminal at the Henry Clay Street Wharf. The $40 million terminal was built in part with the help of a $23.5 million grant from Louisiana's Disaster Recovery Program. The remainder of the $40 million project was paid by the Port of New Orleans, which owns the terminal.

The new facility will house 38 million pounds of perishable products - NOCS is one of the largest suppliers of beef, pork and poultry - and freeze up to 1.25 million pounds of fresh product each day. Constructed with green standards in mind, the buliding has technology to increase efficiency and energy savings, including LED lighting. Other features in the new storage facillity include containers for transfer directly to the Port of New Orleans container terminal for transport. The proximity of the Clay WHarf facility will improve efficiency with shipping.

The NOCS currently owns four facilities wiht more than 12 million square-feet of space in New Orleans, Houston and Charleston, S.C. New Orleans is happy to see the recovery of NOCS as well, according to Louisiana Department of Agriculture and Forestry Commissioner Mike Strain.

"From an economic standpoint, this provides jobs to our residents working at the storage facility, keeps our poultry industry valued at more than $1.6 billion and it benefits our ports," Strain said.