Metals warehousing takes off in the UK 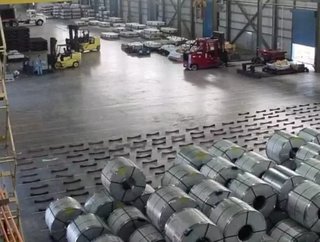 The metal warehousing industry continues to be a growing business that one large bank has taken advantage of in a big way. Goldman Sachs entered the me...

The metal warehousing industry continues to be a growing business that one large bank has taken advantage of in a big way.

Goldman Sachs entered the metal warehousing business in 2010 with the purchase of Metro International, and with warehouse metal inventories at record highs, banks have seen investing in such metal warehouses as a sort of hedge fund against the recession.

According to Forbes, the price estimate for Goldman Sachs is $164, which is about 20 percent over its current listing.

In a blog on Forbes.com, one author writes that “the demand for storage facilities of metals such as aluminum and nickel traded on the London Metals Exchange increases with a fall in global metal demand.”

Metal stockpiles have been reaching historic heights recently, with warehouses holding metals in 2010 at levels that were about 600 percent higher than in 2007. The holdings have been bringing in huge profits to metal warehousing investors.

There continues to be worry among the metal warehousing industry on the amount released to the market per day, however. Currently, the London Metal Exchange requires 1,500 metric tons of metal to be released each day, regardless of holdings.

Coca-Cola, a huge consumer of aluminum, has been at the forefront of the complaints brought to the London Metal Exchange’s attention.

With an abundance of metals stacked high in warehouses around the United Kingdom, however, Forbes expects Goldman Sachs to continue to reel in profits thanks to a booming metals warehousing industry.