Meet the new face of the FLTA 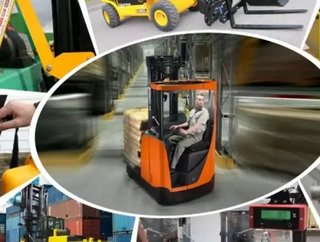 Follow @Ella_Copeland Newly appointed as the Chief Executive at the end of August 2012, Peter Harvey has big ideas for the future of the FLTA (Fork Lif...

Newly appointed as the Chief Executive at the end of August 2012, Peter Harvey has big ideas for the future of the FLTA (Fork Lift Truck Association). Hoping to expand an already sizable association, Harvey also plans to recruit new staff and facilitate a move in premises  in the near future.

The largest representative body of its kind in the EU, the Fork Lift Truck Association (FLTA) has a 40 year history, boasting over 360 members between the UK and the Republic of Ireland. Founded in 1972, the FLTA functions to support its members across all the challenges the industry faces.

Following a military career spanning 37 years, Harvey has extensive experience in management, strategy and policy that he plans to apply to the running of the association in order to ‘fulfil the common interests of its members’, which include a number of top dogs within the industry.

“FLTA Membership is effectively a “who's who” of the UK's dealers, manufacturers and suppliers,” explained Harvey. “I hope to expand the Association and having been given the opportunity to move into new premises and recruit new staff, to set the organisation for the future.”

Harvey hopes to develop new and more efficient practices in administration, finance and IT, in order to improve the membership benefits of the Association.

Well known for its ‘Safe User Group’, the FLTA channels a large proportion of its resources into its safety programmes, hosting an annual National Fork Lift Safety Conference in addition to awarding the best performing companies for safety in the annual Fork Lift Truck Association Awards for Excellence: the industry's oldest, most influential and best recognised awards programme.

Focusing primarily on health and safety, the FLTA provides companies that own and operate fork lift trucks with clear, concise and practical guidance on best practice, a function which is often attributed to the significant improvement in the UK’s fork lift truck accident toll.

“We keep a particularly close eye on trends in UK fork lift truck accidents, as this helps us to shape the safety support and advice we provide in this area. Happily, the UK has enjoyed a significant improvement in the accident toll, although a slight increase in 2012's figures show there is no room for complacency. One accident is one too many,” said Harvey.

In addition to its crackdown on safety, the FLTA has also established required standards of safety and professionalism among the UK's fork lift truck dealers and suppliers, having co-founded CFTS; the only nationally recognised standard scheme for the thorough examination of fork lift trucks.

The FLTA is also making leaps and bounds in helping to fill the skills gap for experienced fork lift truck engineers through training courses and apprenticeships, pioneering a national apprenticeship scheme for engineers as the industries’ experienced engineers near retirement age.

Technological developments are important to the FLTA, who award recognition for the most innovative advances at their annual Awards for Excellence. The association welcome anything with improved ecological or economical performance and encourage efforts to develop technology with their FLTA Award for the environment.

“The Association welcomes anything which will make fork lift trucks safer, greener, more productive and more comfortable to use,” said Harvey. “Ultimately, however, it is good practice – whether in management, planning, training or maintenance – which will always make the biggest difference, and that is where FLTA Members can offer their customers the most help.”

Harvey plans to ensure that the FLTA keep supporting their members in any way they can, responding to the demands in the industry as they occur.

“We exist to support the common interests of our membership. I'm sure fork lift trucks will be with us for a good while yet. As long as goods are bought and sold, they'll need moving! I'm simply here to ensure we provide our Members, and fork lift truck users in the UK, with the support they need in any eventuality,” said Harvey.