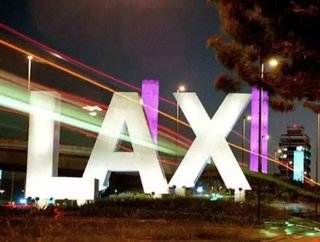 Southern California has long been one of the kings of the maritime trade industry. Now, the region is investing in a new cold warehouse near Los Angele...

Southern California has long been one of the kings of the maritime trade industry. Now, the region is investing in a new cold warehouse near Los Angeles International Airport (LAX) to better compete in the perishable air freight market.

Miami has long been the leader in that market, importing 73 percent of the United States’ 181,000 tons of fruit and vegetable imports last year. According to a report in the Los Angeles Times, that meant many of the South American perishables imported into the U.S. in Los Angeles stores were first transported cross-country on a three-day trucking journey.

Not exactly what you’d call fresh.

“There is ample room for Los Angeles to grow in moving perishables,” David A. Herbst, executive vice president of Mercury Air Group Inc., told the LA Times. The company unveiled the 16,000-square-foot warehouse Monday, where Herbst also said that the facility “can handle 100 tons a day and bring in $90 million annually in revenues.”

That could be a huge boost to the Southern California logistics market, which has a stranglehold on West Coast maritime shipping. The region handles 40 percent of U.S. imports from Asia, which helps employ 500,000 people in the Southland.

Perishable air freight has been an entirely different animal, however. While much of California’s produce is grown in-state, Southern California is so far behind in the refrigerated import sector that the Mercury Air’s new cold warehouse increased cold storage capacity around LAX by 35.5 percent.

Increased capacity should help Los Angeles import more fruit and vegetables. LAX came in third in that market, earning less than 5 percent of the total share.

Los Angeles isn’t the only airport trying to steal a share of Miami’s perishable air freight dominance, either.

“A number of airports are trying to take some of this business away from Miami,” international trade advisor for Beacon Economics Jock O'Connell told the Times. “New Orleans has been making a grab. So have Atlanta and Phoenix. This is something that Los Angeles has got to do if it wants to attract this kind of business.”