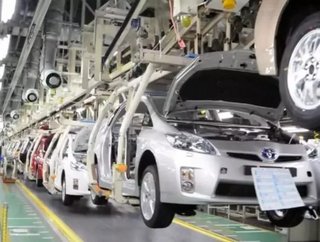 If you had to guess in terms of operating rate how Japans auto supply chain was faring just months following one of the worst natural disaster in the c...

If you had to guess in terms of operating rate how Japan’s auto supply chain was faring just months following one of the worst natural disaster in the country’s history, what would you say?

Would you guess that Toyota, Honda, Nissan and others were producing at 50 percent capacity? Less than that?

One independent study looked to find exactly that, and it was found that Japan’s car manufacturers had recovered to reach an operating rate of more than 80 percent, with carmakers reaching operating levels of more than 90 percent by September.

As a result, the study concludes that the negative impacts on Japanese automakers’ revenue will be less than initially expected. According to the study, all vehicle manufacturers and major suppliers are expected to report profits at the end of the 2011 fiscal year, which ends on the last day of March next year.

“The rest of Japan, including the northern areas hit hardest by the earthquake and tsunami, are expected to have sufficient capacity without having to ask manufacturers to scale back operations,” the report said.

Nissan stays ahead of the supply chain curve

Of more importance in the study are the sites of the suppliers who could be permanently closed in an effort to stop the spread of radiation around the damaged Fukushima Dai-ichi nuclear power plant. The Japanese government has created a 12.5-mile exclusion zone around the nuclear plant, where there are five auto supply factories.

“More problematic is if the government expands the 12.5-mile zone to 19 miles or 25 miles or 38 miles,” the report said.

While that could very well happen and further affect the nation’s factories and manufacturing areas, credit is due to the Japanese government and Japanese people for a swift recovery. The global economy has been fragile ever since the recession, and Japan’s government needed to act decisively to negate what could have been a sledgehammer blow to economies around the world.