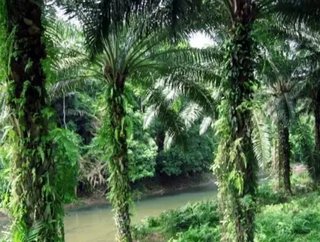 Toy-maker Hasbro has joined the worldwide push to green its supply chain. The second-largest American toy company announced earlier this week a new packaging policy that excludes the use of fibers harvested from the destruction of rainforests.

According to Greenpeace, the policy requires suppliers of forest products to “demonstrate compliance with all applicable international and national legal requirements for forest management, harvest, manufacturing and trade.”

To oversee that suppliers comply with those standards, the policy mandates third-party verification in cases where areas are determined to be “high risk” for illegal logging.

“Forest products that originate from Controversial Sources shall not be purchased,” Hasbro said.

Much of the new Hasbro supply chain policy will help out the island of Sumatra. According to the World Wildlife Foundation, 58 percent of the island was covered with natural forest in 1985. By 2008, that number had fallen to 29 percent of the island, with about 12.8 million hectares of natural island forest lost.

That’s a big reason why Greenpeace targeted toy companies like Hasbro, Mattel and Lego to step up their green packaging practices. The movement is also targeted at putting pressure on Asia Pulp & Paper, a supplier that’s been blamed for the destruction of Indonesian natural forests.

“Asia Pulp and Paper is bad for Indonesia’s forests and bad for Indonesia’s reputation, and is even threatening the Indonesian President’s own commitment to save the forests”, said Bustar Maitar, Greenpeace South East Asia forests campaigner, in a statement. “APP must immediately commit to stop destroying rainforests.”

Among the species critically endangered as part of the continued deforestation is the Sumatran tiger. There’s estimated to be only 300 tigers remaining in the wild forests of Sumatra.