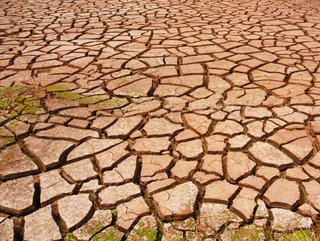 China is currently experiencing its worst heat wave in 60 years. It has exposed river and lake beds across the country, prompting the central government to declare its first national drought emergency of the year. This has seen the hydropower-reliant south of the country forced to ration energy by shuttering factories -- including those suppling auto parts and microchips to multinational companies.
The UN reports that droughts are more frequent and prolonged, and with China rationing hydropower, multinational firms need to rethink supply chains

It appears there is now another issue to add to the growing list of factors that are disrupting global supply chains: drought.

According to a recent UN report – Drought in Numbers 2022 – droughts globally are becoming more frequent and prolonged, and among all natural disasters exact the largest toll on human life.

The report reveals that between 1970 and 2019, weather, climate and water hazards accounted for 50% of disasters globally, and 45% of disaster-related deaths (650,000), mostly in developing countries. These numbers are even more sobering considering droughts accounted for just 15% of natural disasters in this period.

But as well as the appalling cost to human (and animal) life, drought is also having a sizable impact on the stability of global supply chains, with the US and China feeling the effects of water shortages more than most.

In the US, the federal government recently ordered Nevada and Arizona to slash the volume of water each state draws from the once-mighty Colorado River by as much as 21%, as reservoirs feeding the river have dwindled to 28% of maximum capacity. Next year, the states will be expected to make even steeper cuts.

Economically, the sector most vulnerable to drought is agriculture. According to drought analysis by the University of California, the 2021 US drought cost the California agriculture sector about US$1.1bn and nearly 8,750 full- and part-time jobs. The report concluded that, with the effect on other economic sectors taken into account, the total impact is estimated at $1.7bn and 14,634 full- and part-time jobs lost.

With global grain supplies already hit by the ongoing war in Ukraine, any long-term problems with grain production in the US will do little to ease the situation.

But it is in China where the greatest economic impact of drought is being felt – and not just within the borders of the country; the effect is global, because so many global supply chains rely on Chinese labour.

China is currently experiencing its worst heat wave in 60 years. The heat has exposed river and lake beds across the country, prompting the central government to declare its first national drought emergency of the year. This has seen the hydropower-reliant south of the country forced to ration energy by shuttering factories.

He goes on to say that drought provides yet another argument for “decoupling supply chains from China”.

Barrett writes: “Automakers and semiconductor manufacturers got a taste of how China’s water shortages can upend their production lines just last week when Sichuan province – a major manufacturing hub for both – ordered factories to shut down to conserve electricity.”

He adds that heat isn’t the only cause of China’s water shortages, because the country also “inflicts a tremendous demand on its worryingly scarce supply of water”.

Barrett cites as an example the per-capita water supply in the North China Plain, which is a region of provinces surrounding Beijing. Here, he says, water availability is 50% below the UN’s definition of ‘acute water scarcity’. Worryingly, he writes, the region  also produces 60% of China’s wheat.

He also points out that, since 2003, the Chinese government has spent over US$60bn on a massive infrastructure scheme to divert water from the country’s lush south to feed its arid north.

Barrett writes: “The scheme has been successful, in so far as it has wetted the north and allowed the desert to become the country’s breadbasket, but moving water hasn’t resolved the issue of total scarcity, nor prevented the south from succumbing to drought, nor helped truly replenish the north’s water stocks.”

Fortune also reports that, according to China’s Ministry of Finance, the government spent $8bn on subsidies for water conservation efforts in 2021, up 3% on the previous year. It also points out that Beijing has set an annual quota on national water usage of 640bn cubic metres of consumption, down from 670bn in 2020.

Adding to the problem, says Barrett, is the fact that 16% of national groundwater has become too polluted for use.

Barrett writes that few are convinced Beijing’s water conservation measures will make China’s water consumption sustainable, and that reducing demand for water is the only other solution.

Global automakers and chip manufacturers have already had a taste of what it means when Beijing reduces demand for water. If this becomes China’s preferred long-term approach to drought, then those companies - and plenty of others who are heavily invested in China – will need to reimagine their supply chains, and fast.