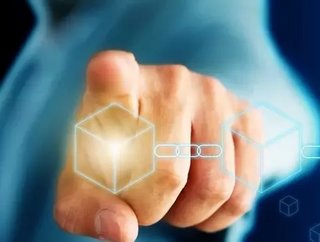 The Seafrigo Group has announced it is consolidating its presence in France, with the building of a new facility in Le Havre port.

The company, already a major player in controlled-temperature logistics for food products, is strengthening its presence in the Normandy region of north-west France by setting up a facility located at a nearby vacant plot in the Le Havre port area.

As Eric Barbé, Chairman and CEO of the Seafrigo group said: “Le Havre, which enjoys a strategic geographical location for food exports and warehousing, has today some of the biggest maritime terminals in Europe. The Port of Le Havre is pleased to be able to assist in the conversion of this vacant lot for the benefit of a project that will underpin industrial, logistics and maritime activities that generate value-added services.

“Based at the heart of the port infrastructure, the Seafrigo Logistics Park provides rapid access to Rungis wholesale market. Our close partnerships with major shipping lines also enable us to ship products to all destinations leaving from and arriving at Le Havre.”

This logistics facility near Le Havre’s Red Bridge will comprise two warehouses, with the construction having started in September. Each warehouse is designed for the storage of dry products and will cover an area of 30,000 square metres. Two of the terminals at Le Havre are less than fifteen years old and has meant Le Havre is now well-positioned to compete with other ports in northern Europe for trade from freight forwarders and logistic businesses.

Baptiste Maurand, CEO of HAROPA – Le Havre Port, said: “I salute this major expansion project as it now comes to fruition. I am also pleased to stand alongside AGRE in supporting SEAFRIGO – a long-standing partner of the Port – in its development at the heart of the Le Havre area. The decisiveness shown by these companies in choosing to create this new facility testifies to their confidence in our Port and the attractiveness of the Seine Axis.”

The Seine Axis is a reference to the fact Le Havre is situated on the right bank of the estuary of the river Seine, flowing out to the Channel. It is also the name given to the effort to combine the three ports of Le Havre, Rouen and Paris into one state institution under the French government.

The “dry” 60,000 square metre facility at Le Havre port is due to enter service in October 2021 and is additional to the 16,000 square metres of buildings dedicated to the already existing flows of fresh and deep-frozen products.