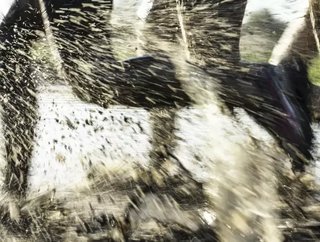 An EY survey shows how top CEOs are resetting their risk radar, with supply chain disruption being one of the most powerful driving factors.

For its CEO Survey 2022, EY approached 2,000 global CEOs. Unsurprisingly it found the vast majority (86%) have been impacted by the pandemic, but also that most are reframing their investment strategy for growth.

Asked if they are adjusting - or are planning to adjust - global operations or supply chains, 79% of CEOs said they are.

From CEO responses, it seems products and services are largely unchanging. However, the way in which these are being produced and delivered is changing rapidly. A prime mover here is the pandemic, which has taught CEOs that security of supply can be a competitive advantage.

EY found that CEOs see rising geopolitical tensions - between US and China, and Russia and Europe - as one of the major threats to supply security. This is prompting many to shift portfolio investments, as they rethink cross-border operations. The goal is to reconfigure supply chains to reduce costs and minimise uncertainty.

But any suggestion we’re seeing the end of globalisation is premature, says EY, which found that of those CEOs who are adjusting investment plans, nearly half (45%) are increasing cross-border investments. This, it says, signals that domestic retrenchment is not a dominant trend just yet.

Mergers and acquisitions (M&A), meanwhile, remain a go-to strategic option for CEOs looking to mitigate risk and hone their competitive edge, by ramping-up capabilities in technology, talent and innovation, as well as a way to meet ESG and sustainability goals.

Almost half (47%) see technology as key to customer engagement and maintaining, or improving, margin. The survey reveals that on the tech front, CEOs are prioritising automation strategies as a means to improve resources long-term.

“Such technology investments can unlock new paths to growth and enable plans to overhaul customer engagement, while developing new data-driven products and services,” the survey says.

Driving much of this change is mergers and acquisitions (M&A). Nearly two-thirds (59%) of CEOs expect to pursue acquisitions in the next 12 months - up from 49% at the start of 2021.

The survey also found that CEOs are overseeing radical strategic change at a time when the regulatory environment is complicated, and is presenting them with conflicting demands, as they balance ESG and sustainability responsibilities with the pressing need to maintain market advantage.

But the biggest and most immediate worry for nearly all CEOs is inflation, which is hitting levels many of today’s business chiefs have never experienced.

Pandemic-related shutdowns continue to wreak havoc on global supply chains. Labour and energy costs are rising, as is the cost of raw materials. Freight rates, meanwhile, have jumped more than 400% on 2019 levels.

Add mounting warehousing costs and sales lost due to delays to that mix, and it’s little wonder most CEOs say the cost of doing business across the board has never been higher.