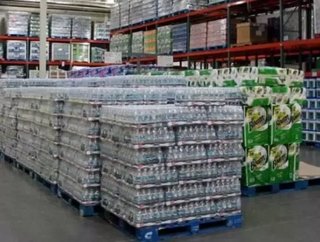 Could the economy finally be turning around? New inventory and sales figures certainly point in that direction. Supply chain managers are taking heed o...

Could the economy finally be turning around?

New inventory and sales figures certainly point in that direction. Supply chain managers are taking heed of a surging holiday season demand and increasing inventory stockpiles in warehouses. According to the U.S. Commerce Department, business inventory stockpiles rose 0.8 percent in October, the most in five months.

“We think inventories will add modestly to growth in the fourth quarter after subtracting in the third,” Sal Guatieri, a senior economist at BMO Capital Markets in Toronto, told Bloomberg. “The economic outlook appears to be improving, so there is reason for businesses to expand their inventories.”

Sales figures backed the climbing inventory numbers, increasing 0.7 percent during the same month. The Associated Press piggybacked the total inventory increase in the nation by reporting that Americans spent more on cars, furniture and clothing during the beginning of the holiday shopping season.

Handle with Care: Chaos Behind the Holiday Season Supply Chain

All the holiday spending helped boost retail sales for the sixth straight month, a sign that better economic times are ahead. Retail sales activity reportedly accounts for 70 percent of economic activity within the United States.

Black Friday numbers back up a renewed retail holiday season. According to the National Retail Federation, Americans spent $52.4 billion over the Thanksgiving holiday weekend, a record amount.

That’s good news for supply chain managers, whose risk management practices had some companies bracing for a double-dip recession, which would be disastrous for a fragile global logistics industry still recovering from recessions and natural disasters.