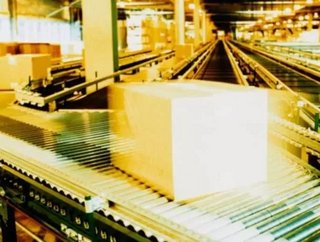 Follow @WDMEllaCopeland Hundreds of staff from the courier firm DHL Supply Chain have voted in favour of strike action, after a dispute over pay. Aroun...

Hundreds of staff from the courier firm DHL Supply Chain have voted in favour of strike action, after a dispute over pay.

Around 350 staff at the DHL branch based in Cumbernauld, North Lanarkshire, rejected a managerial offer of a 2 percent pay increase over the next two years.

One hundred staff have been made redundant in the centre over recent years, according to the union Unite, leaving staff at the site with an uncertain future.

Unite Scotland said that over 90 percent of ballot papers from the staff have been returned in favour of strike action, amidst concerns over a change in DHL’s distribution arrangements with high street superstore Marks and Spencer (M&S).

Unite Regional Industrial Officer Tony Devlin said, “We’ve got to the point where the situation is untenable. This workforce readily accepted a global pay freeze in 2008 and has had to contend with a significant spate of redundancies in the last two years – their commitment to DHL and M&S is unquestionable.”

Devlin went on to accuse DHL and M&S of keeping the workforce ‘in the dark’, claiming: “The recent pay offer was the straw that broke the camel’s back.”

According to Unite, a schedule for strike action will be announced in due course.

The workers have said ‘enough is enough’ and our position is clear on what it will take to resolve this dispute: A better pay offer and clarity on the future of Cumbernauld from DHL and M&S senior management.”