Chiquita strikes cargo deal for US shipments with MSC 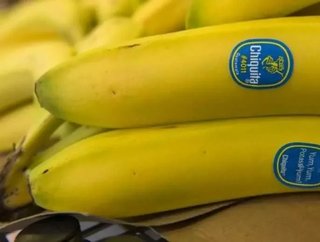 Follow @SamJermy and @SupplyChainD on Twitter.Chiquita, the multi-billion dollar banana distributor, has reached an agreement with the Mediterranean Shi...

Chiquita, the multi-billion dollar banana distributor, has reached an agreement with the Mediterranean Shipping Company (MSC) to transport its fruit from Central America to the USA.

Great White Fleet is used to carry its fruit, and it will initially use five ships with capacity of 2,500-2,800 TEU, owned or chartered by MSC, each with a minimum of 550 reefer plugs.

The agreement notes that GWF will have the option, at its expense, to paint one or more of the vessels in its distinctive all-white livery, and place company flag and logos on the ships. The establishment of this new container service; a so-called space sharing agreement, will bring Chiquita fruit including the distinctive labelled bananas to the US Gulf coast, East coast, and the Bahamas.

It has not yet transpired whether Chiquita has therefore secured space for a ripening facility at New Orleans, something the company must do before leaving Gulfport which it announced it was doing back in May. MSC usually docks its ships at the Napoleon Avenue Container Terminal at the Port of New Orleans however.

Meanwhile, Chiquita has postponed a vote on its proposed merger with Irish fruit company Fyffes until next month. Chiquita is seeking a final buyout offer from Cutrale and Safra, a Brazilian partnership that had previously offered $611 million.

Port officials have said they do not anticipate a buyout would affect Chiquita’s decision to move its Gulf Coast operations to New Orleans. The company recently reached an agreement with the Port of Gulfport to remain there through the end of the year.