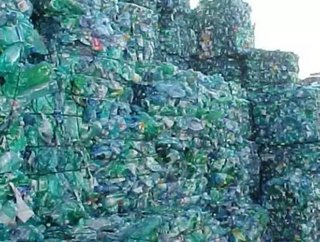 China used to be the first port of call when it comes to waste plastic imports. For years, the country had shown an insatiable appetite for imports of...

China used to be the first port of call when it comes to waste plastic imports. For years, the country had shown an insatiable appetite for imports of plastics, promoting a thriving recycling business supported by low-cost labour sorting and lax regulatory controls.

Last year, however, the government begun to take actions to rein in the industry, imposing policies which tighten up control of plastic import and trading. This year, the government is enacting a new regulation which bans improper recycling practices which may pollute the environment.

An announcement jointly made by China’s Ministry of Environmental Protection, the National Development and Reform Commission and the Ministry of Commerce, impose new rules that will take effect  at the beginning of next month.

The new rules ban irresponsible handling of scrap materials, and impose restrictions on recycling techniques, rules on unwashed plastic materials and the handling of hazardous waste in the country.

Specifically, it imposes new regulations on the recycling of imports of scrap plastic, where the industry will be prohibited from the following:

The central government asks provincial-level environmental protection and commerce administration agencies to inspect local recyclers and publish the list of qualified recyclers as well as companies that fail the inspection and follow-up actions.

Starting Jan. 1, only companies that have passed the inspection will be allowed to import waste plastics.