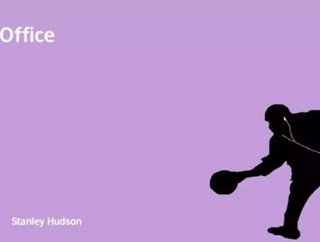 Written BY: k.scarpati Welcome to Casual Friday! Each Friday morning, well be having a little fun with some of the lighter sides of the Supply Chain in...

Welcome to Casual Friday! Each Friday morning, we’ll be having a little fun with some of the lighter sides of the Supply Chain industry.

Quote: “Ahhh! C’mon, what is wrong with me today!?! I usually hit those.” ~ Michael Scott, after putting up a hideous half-court shot.

Synopsis: Who can forget the basketball episode of the hit television show The Office? In the very first season of the series, the warehouse basketball scene is practically what launched The Office to its status as one of the top shows still being made today.

The episode starts with regional manager Michael Scott (played by Steve Carell) challenging his very own warehouse workers to a game of hoops in the warehouse’s newly created ‘court.’ The game was supposed to be just for fun, but it turns into a rivalry after it’s revealed that the losing team will be forced to come in and work on Saturday.

Commentary: It’s fine when your best player wants to be your vocal leader, but it’s a whole different story when your vocal leader is arguably your worst player. Michael Scott doesn’t make a shot the entire game, even airmailing a free-throw over the backboard.

The star of the game was Jim Halpert (played by John Krasinski), a rabid basketball fan who regularly attends Los Angeles Lakers games. From diving on the floor to save loose balls to his ridiculous crossover, Halpert saved the day for the office team, who wound up winning the game.

The Lesson: Don’t trust stereotypes. As Stanley Hudson proved after the opening tip, not all African Americans can play basketball.

CHECK OUT OTHER TOP STORIES FROM THE WDM NETWORK

Apple iPad 2: The Most Successful Apple Launch Ever?

How Freight Rail is getting the US Economy back on track

Be sure to check out the latest issue from Supply Chain Digital!