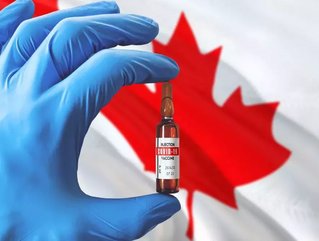 In the race to vaccinate populations, Canada lags behind as it awaits shipments from Europe and gives us a lesson in the costs of poor risk management...

Henry Ford once said quality is doing it right when no one is looking. The same can be said about risk management. It’s easy to do the right thing when calamity impacts your business, and all eyes are suddenly upon you, preaching the imperativeness of risk management and resilience. But when the headlines move on to the next big story and the impacts of the last disaster have finished settling upon your balance sheet, it’s easy to forget the value of risk mitigation tactics and opt to save the money instead.

Lest we forget, it’s why systematic and quantified risk management processes are imperative.

Canada’s vaccine rollout is a disgrace, and it’s putting lives and the economy at risk. And quite frankly, I’m outraged, as we all should be, as it seems, perhaps Canada simply forgot. Or worse, it chose to save the dollars instead.

As Trudeau himself pointed out, decades ago, Canada had vaccine production capacity, but this no longer remains the case, leaving the country reliant on importing vaccines from Europe. We all know well the threats that lay in global supply chains, not the least of which stem from geopolitics. And as governments tend to think about their own populations first, vaccine protectionism is on the rise, making the reliance on agreements signed across an ocean a high-risk move that has left people’s lives hanging in the balance.

In Canada, health care systems, including the managing and performing of vaccinations, are run by the individual provinces. However, the federal government is responsible for regulating drugs and vaccines and negotiating pricing and contracts. This means that Mr Trudeau inherited the responsibility for procuring the countries vaccine requirements along with the pandemic.

Hedging his bets, Trudeau placed orders with seven manufacturers for a total of $4.6 billion worth of vaccines, or up to 402 million doses. Although the number of vaccines on order perhaps makes for good optics and was an effort to mitigate risks, only two of the seven vaccines are currently approved.

Dr Scott, a professor of medicine at Dalhousie University in Halifax and the medical director of the Canadian Center for Vaccinology, points out, “There’s never been a vaccine rollout where there weren’t shortages because of issues around working the bugs out of the manufacturing. So anybody who didn’t anticipate that there’d be some hiccups in the manufacturing process just wasn’t aware of the past.”

And, as was to be expected, shipments from Europe have been delayed. Last week Canada received about 70,000 doses from Pfizer, and another 168,000 are expected to deliver this upcoming week, both being smaller sized shipments than was initially planned.

And so, under pressure to pick up the pace on the vaccine rollout, the federal government withdrew 1.9 million doses from COVAX, an international fund fighting for equitable global distribution. The move drew sharp criticism from international organisations and opposition leaders.

Trudeau has defended his actions by highlighting that Canada is one of the top contributors to the program, and countries that contribute to the program are allowed to withdraw. The Federal Government has since pledged another $75 million to the fund, bringing Canada’s total contribution to $940 million (in comparison, Britain has pledged $971 million.) However, it remains the only country in the G7 to “double-dip” by withdrawing from the same program it supports.

The lack of any significant vaccine production capabilities in the country has left us at an extreme disadvantage when facing a global pandemic. So how did we end up playing a game of high stakes with Canadian lives, and what are we doing about it?

Head over to Mitigating risk; Medicago’s plant-based vaccine technology to find out.